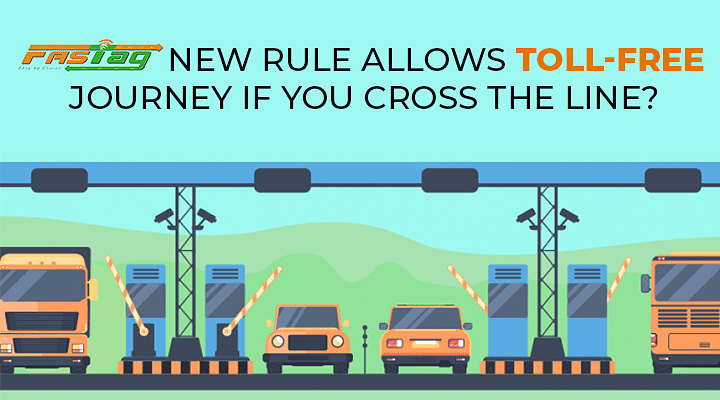 Just recently, FASTags became mandatory for all vehicles as they not only save time when travelling on highways but also saves money. However, there are issues reported by the citizens that even with new technology like FASTag being introduced, they still have to wait in long queues. This is a major concern as FASTag is designed to reduce the time.

The major issue reported was that the scanners cannot identify the RFID tags and thus the toll operators have to manually put in the entries and let the vehicle go. This leads to a jam on the highways thus increasing the travel time.

To overcome this situation, the National Highway Authority Of India (NHAI) has proposed a plan to draw a coloured line at the toll plaza. When the queue of cars touches the line, the toll operators will have to open the barricade to let go of the vehicles. This will surely decrease the waiting time at toll plazas.

An NHAI official said, There is strict live monitoring at the top level and we have been directed to take all necessary steps to ensure commuters pass through toll plazas with the use of FASTag to pay tolls, which has been made mandatory.

Senior officials, which include general managers, regional officers and chief general managers have been supervising the toll plazas for the past few days. One of the officials said, The number of transactions through FASTag has increased to 90% from merely 60-70% even at toll plazas in remote areas. So, now we cant hide behind any excuse for congestion at toll plazas. Strict monitoring of live data through an IT platform has brought a huge change in the past few days,.

Several rules and regulations are made on FASTag and time will tell how much of this is true by the authorities. Hoping that you liked knowing this info. If you did, make sure you are a member of our exclusive 91Wheels Telegram group where we bring you all the latest updates related to the Indian Automotive Industry.