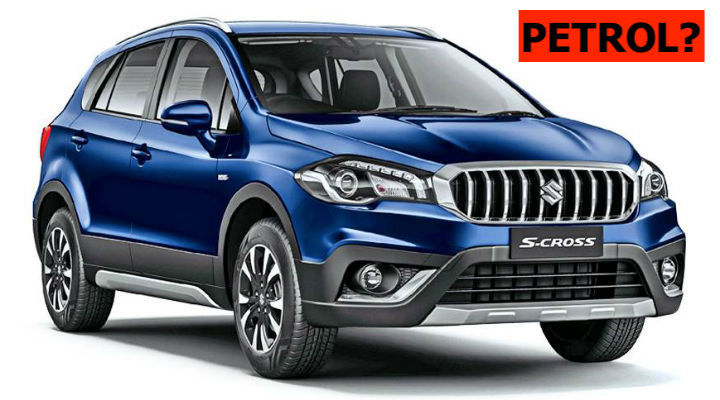 Maruti Suzuki announced that they will not offer any diesel-powered vehicle in the Indian market after the BS6 emission norm come into force. Maruti Suzuki has updated its entire line-up and has discontinued the diesel-powered models to ensure that the dealers exhaust their inventory before the new norm comes into place. The next model to get an update will be the cross-over sold through Nexa outlets. Yes, the S-Cross petrol automatic will be launched soon!

Until recently, only the Maruti Suzuki S-Cross and the Brezza remained the only diesel-powered models from the brand. Maruti Suzuki launched the all-new Vitara Brezza powered by a 1.5-litre petrol engine in the market last month. Now, the only diesel-powered car from the brand is the S-Cross and it will soon receive the update. We don’t expect any visual changes to the S-Cross Petrol Automatic – only the power-train and gearbox will be replaced.

The Maruti Suzuki S-Cross was first launched with two diesel engine options. There was a 1.3-litre and 1.6-litre engine options. With the facelifted version of the Maruti Suzuki S-Cross, which was launched in the Indian market quite sometime back, the manufacturer discontinued the 1.6-litre diesel and sold the 1.3-litre version with an added SHVS Mild Hybrid system. Maruti Suzuki never offered an automatic transmission with the S-Cross in the market but that will also change with the introduction of the petrol engine option. This will give the S-Cross more juice to fight off competition and make a strong case in the segment.

The petrol-powered S-Cross will get the same 1.5-litre petrol engine that also powers the Maruti Suzuki Ciaz, Ertiga and the newly launched Brezza. Just like the Brezza, we can expect the S-Cross to get the 4-speed automatic transmission as an option. Also, since the fuel efficiency of the petrol engines is lower than the diesel engine, we can expect the S-Cross to get the SHVS Mild Hybrid system just like the Vitara Brezza. In terms of pricing, while the manual petrol might have a starting price of Rs 8.5 lakh, the S-Cross Petrol Automatic will carry a tag of less than Rs 10 lakh, even with the SHVS set-up.

Apart from the engine change, the S-Cross will remain identical to the current version. Maruti Suzuki first showcased the S-Cross petrol at the 2020 Auto Expo. However, there were no specifications displayed for the car. It is most likely to get the same 104 Bhp and 138 Nm similar to the Brezza.