Simple Energy has announced that it will install 300 public fast-charging units called the Simple loop across India in a matter of few months. Find out more here!

Simple Energy has announced that it will install 300 public fast charging across India in a matter of few months. The company has stated that the chargers can be used by all electric scooters and will be made available at public places such as shopping complexes, restaurants, and such.

According to the company, the Simple Energy Simple Loop has the capacity to charge a scooter with a 2.5 km of range in a span of just 60 seconds. The installation of the charging stations will commence soon after the launch of Simple Energy's first e-scooter named Simple One, on August 15th this year.

As for the Simple One e-scooter, the vehicle will be launched in 12 states across India in its first phase which includes states like Maharashtra, Delhi, Rajasthan, Goa and Uttar Pradesh among others. The e-scooter will get a top speed of 100 kmph and has the capacity to accelerate from 0 to 50 kmph in just 3.6 seconds. Simple One from Simple Energy is said to be priced between Rs1.10 lakh and Rs1.20 lakh.

What do you have to say about Simple Energy and its Simple Loop Charging unit? Please tell us your thoughts in the comment section below. Also, join our 91Wheels Telegram and 91Wheels Whatsapp group to know more about vehicles, conduct discussions on your favourite ride and much more! 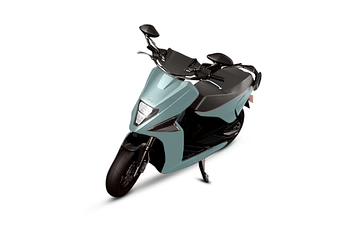