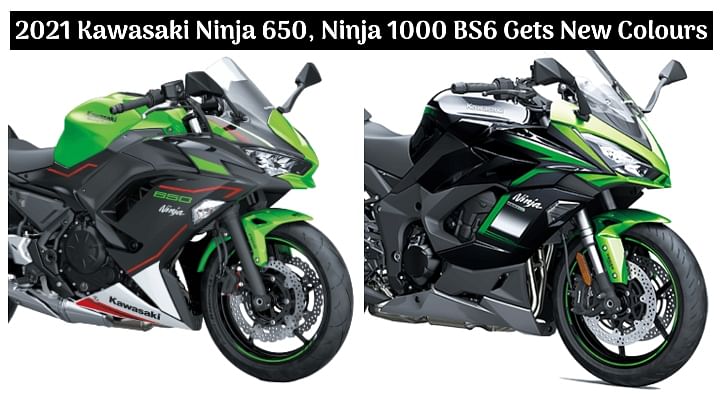 Kawasaki is one of the most popular premium motorcycle brands in India. This Japanese two-wheeler manufacturer claims itself to be the number one premium motorcycle manufacturer in the country. We do agree that as out on the streets we can see a lot of Premium Green Beauties. Kawasaki has already launched a bunch of BS6-compliant superbikes in India and now the company has introduced new colour variants for the 2021 Kawasaki Ninja 1000 and the Ninja 650 BS6. Let's have a closer look at them.

The new BS6-compliant Kawasaki Ninja 650 was launched in May this year while the Ninja 1000SX BS6 was launched in June. Now, both of them have got new colour schemes and the litre-class Ninja has also received a hike in price. Lets, start with the smaller Ninja first. So upon launch, the new Ninja 650 BS6 was available in two colour variants - Lime Green with Ebony and Pearl Flat Stardust White. Now, it also gets a new Lime Green colour with triple-tone treatment which does look very good.

Talking about the Ninja 1000SX, so upon launch, it was also available with two colour variants - Metallic Graphite Gray with Metallic Diablo Black and Emerald Blazed Green with Metallic Carbon Gray/ Metallic Graphite Gray. Now, it has also got a new Emerald Blazed Green colour shade. Apart from the introduction of these new colour schemes, the new Ninjas have not got any other mechanical or cosmetic changes. The Ninja 1000SX is powered by a BS6-compliant 1043cc, in-line four-cylinder, liquid-cooled, fuel-injected engine. This motor churns out 142 PS of power at 10,000 RPM and 111 Nm of peak torque at 7300 RPM and comes mated to a 6-speed manual gearbox.

The Kawasaki Ninja 650, on the other hand, is powered by a BS6-compliant 649cc liquid-cooled, fuel-injected, parallel-twin cylinder engine. This motor churns out 68 PS of power at 8000 RPM and 64 Nm of peak torque at 6700 RPM. The engine comes mated to a 6-speed manual gearbox. Both these Kawasaki Ninjas are very feature-loaded and they get an assist & slipper clutch, a 4.3-inch TFT instrument cluster and a host of other electronic aids. The 2021 Kawasaki Ninja 650 BS6 is priced at Rs. 6.24 lakhs while the new Ninja 1000SX BS6 is priced at Rs. 10.89 lakhs (it has received 10,000 rupees price hike now). All prices stick to Ex-showroom Delhi.

What are your thoughts on the new 2021 Kawasaki Ninja 1000 SX and the new Ninja 650 BS6? Do share with us in the comments section below. You can also join our 91Wheels Two-wheelers group (click via mobile to join) curated exclusively for the fans, enthusiasts and the owners. Also, subscribe to our YouTube channel for more such amazing motoring updates. 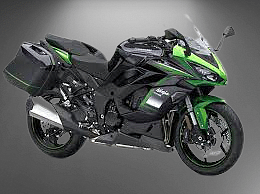