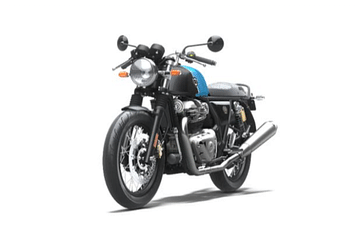 Get amazing discounts from nearest dealerSpecial offer ends in 3 days

Features we don't admire in this bike

Performance of Continental GT 650 is backed by a Manual transmission.

Do you own a car or bike?

Have a question in your mind about Royal Enfield Continental GT 650?

Get your answer from expert and users