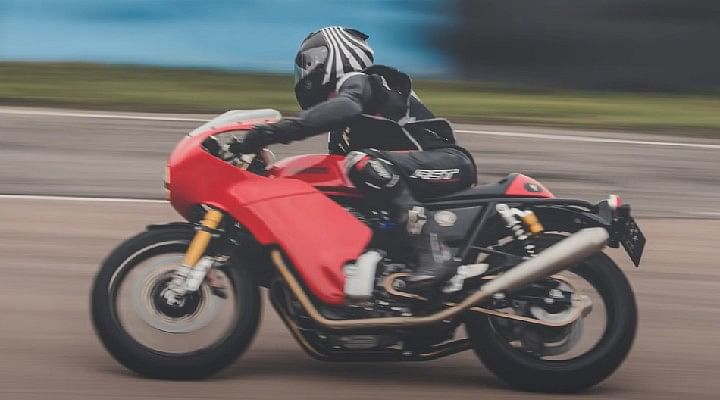 Check out the video, where Chassis Developer, Mr. Paul Young explains in detail all the changes made on the Lester Harris Continental GT650  both outside and inside.

The Lester-Harris edition of the Royal Enfield Continental GT650 was first showcased at the Bike Shed Festival. The project bike created quite the impression around the track to get everyone curious and talking about it. In the YouTube video below, you can check out the interview of Paul Young, the person primarily responsible for developing this motorcycle, and Mr. Lester Harris himself, who explained how achievable the whole idea is.

As far as the build goes, to quote Mr. Young himself, the enhanced performance of this Continental GT650 isnt so much to do with the engine& Its more to do with the chassis. Well come back to that later, as for the engine. It is the same stock 650 cc engine, however, cam lift and timings have been altered. The pistons remain the same, but the catalytic converter has been removed for the engine to breathe easier. These small changes give the Lester-Harris Continental GT650 15-17 Hp more. The standard power output of the Continental is rated at 47.45 Ps and 52 Nm of torque.

The development of the chassis is primarily to make it more suited for the track. Starting off, with the Ohlins suspensions for both front and rear wheels. They are set on the stiffer side for enhanced stability along with sticky racing tires. The size of which remains the same, 18 at both ends, but the rear tire gets wider rims for 150-sections and a triangular profile for better grip around the corner.

But the eye-catching design has to be fullfront fairing that has been installed to improve the aerodynamics. The trademark headlamp and the tank shape remain the same, but the former is an LED unit and the extension of fairing design around it further helps slice through the air accelerating at the track, while youre tucked in. The rear section that accommodates the passenger seat has been chopped off, for a sporty-looking tail-end. Besides, the large windshield, that nicely comes wrapped around the headlamp, makes the motorcycle look ideal for the track.

Speaking about the project bike., Mr. Harris explained how the Continental GT650 was fundamentally the ideal bike with serious potential for such a project. He further revealed how the Lester-Harris Continental GT 650 inspired more such built of its kind. The added equipment just enhances the performance and character of the motorcycle.

Check out the video, and do let us know how if you would be interested in doing a similar thing on your GT 650, as well. It is doable, and more importantly, the result will be beautiful too.

In the meantime, also do join our 91Wheels Telegram and 91Wheels Whatsapp group to know more about vehicles, conduct discussions on your favourite ride and much more! Also, you can subscribe to our Youtube channel for video content on the latest from the world of cars and motorcycles. Also, connect with us on Facebook, Instagram, and Twitter for more about vehicles! 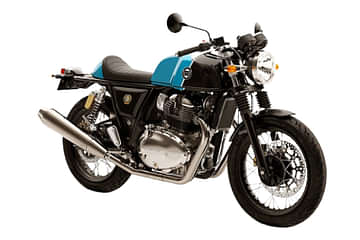