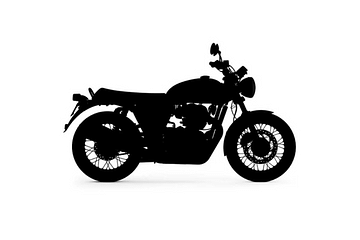 Hunter 350 is a Cruiser bike from Royal Enfield. Royal Enfield is expected to be launched at a price of Rs. ₹ 2.05 Lakh - ₹ 2.15 Lakh in Indian automobile market.

Royal Enfield will soon expand its lineup of 350cc neo-retro motorcycles with an all-new sub-brand, which is likely to be named Hunter. The new Royal Enfield Hunter 350 has spied doing test runs on Indian roads in semi-covered forms, which indicate that the motorcycle has an all-new design with expectedly the same engine as that of the Classic 350 and Meteor 350. This bike will primarily rival the Honda CB350RS and the Yezdi Scrambler.

Compared to the Classic 350 and Meteor 350, which have a more cruiser-like persona, the Royal Enfield Hunter 350 has a more upright roadster-like stance which is very much like the Interceptor 650. However, going by the spy pictures, the Hunter 350 will have a lot of neo-retro influence in its design, with highlights such as a round-themed halogen headlamp, turn indicators and tail lamp, tear-drop shaped fuel tank, round-edge side body panels and a nicely curved long seat. The handlebar will be slightly more upright, and like the Meteor 350, it is expected to come with alloy wheels as standard. The alloy wheels and engine are expected to have an all-black theme. Alloy wheels also mean this bike will have tubeless tyres, something missing on some of the other Enfield models that are on sale in India. The motorcycle is likely to have the same dual-pod instrument console from the Meteor 350, with one of them accommodating the ‘Tripper’ navigation system.

While the new Hunter 350 will be a radical departure from the Classic 350 and Meteor 350 by design, it will have the same engine as the other two motorcycles. The new four-stroke, single-cylinder, liquid-cooled, 349.34cc engine produces 20.2 PS of power and 27 Nm of torque in the Classic 350 and Meteor 350. The company might tune the bike different for a peppier ride, something that its rivals offer. A 5 speed gearbox will be standard. We hope it sounds better than the Classic / Meteor 350 as well.

Royal Enfield has been testing the Hunter 350 for quite a long time now, and the spy pictures also suggest that the motorcycle has reached the final stages of testing. In Royal Enfield’s lineup, the Hunter 350 will be positioned in between the Classic 350 and Meteor 350, which indicates a price range of Rs 2-2.5 lakh for the motorcycle. It will rub shoulders with the Yezdi Scrambler and the Honda CB350RS

Have a question in your mind about Royal Enfield Hunter 350?