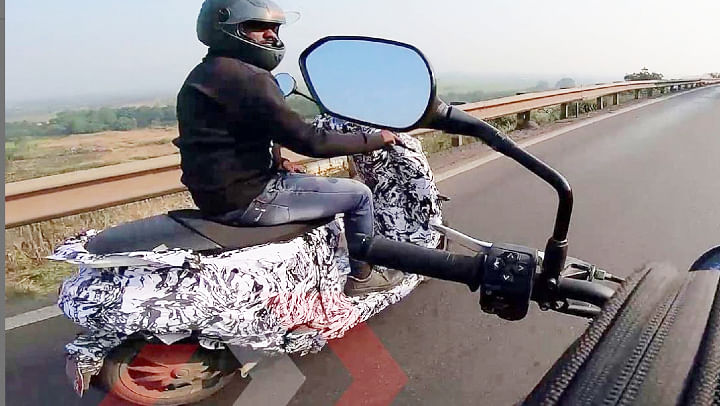 Its a no secret to anyone that Bajaj and KTM work closely together to offer us VFM and capable offerings. Both the brands have earlier shared the platforms of many of their two-wheelers with each other and are now expected to use the underpinnings of the Bajaj Cheetak EV for the upcoming 2022 Husqvarna Vektorr electric scooter. The Bajaj Chetak is one of the most popular names in the electric two-wheeler space and offers impressive capabilities and a good looking design. The upcoming Vektorr EV is expected to make its global debut next year. Here are all the details that we know so far about this upcoming Husqvarna electric scooter in India.

For starters, Husqvarna revealed the concept based on its upcoming electric scooter earlier this year and is expected to share most of the underpinnings and mechanical components with the Bajaj Chetak. The concept prototype had a 4kW electric motor that gets its juice from a 3kWh lithium-ion battery pack. With a claimed top speed of around 45 kmph, this scooter is said to have a range of 95km on a single charge. The Bajaj Chetak also offers a similar range. but does offer better performance and multiple riding models.

While the test mule was covered under the camouflage wraps, it is expected that the brand will be offering single-sided trailing link front suspension, single-sided swingarm and a mono-shock setup at the rear. In addition to this, the electric motor is expected to be mounted on the side swingarm. Transmission is expected to deliver the power directly to the rear wheel while the braking setup will comprise of disc brakes at the front and drum brakes for the rear tyres.

The Husqvarna Vektorr is also expected to measure slightly longer than the Bajaj Chetak and will offer a unique and different design to differentiate itself from its sibling. The scooter is also expected to over a flat seat, oval rear-view mirrors, single-piece grab rail, and LED lights. A round digital instrument console will also be on offer and will offer turn-by-turn navigation.

Also Read: Ola S1 vs Bajaj Chetak: Which One to Choose?

What do you think about the upcoming 2022 Husqvarna Vektorr electric scooter in India? Do let us know through the comments section below. Join our 91Wheels Telegram and 91Wheels Whatsapp group to know more about vehicles, conduct discussions on your favourite ride and much more! Also, you can subscribe to our Youtube channel for video content on the latest from the world of cars and motorcycles. 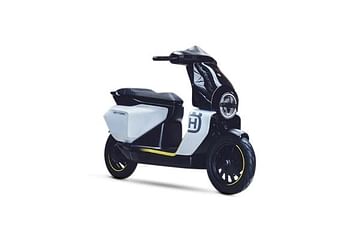 Vektorr Concept is a Motorcycle bike from Husqvarna. Husqvarna is expected to be launched at a price of Rs. ₹ 1.30 Lakh in Indian automobile market.