Updated On: 2 February 2022, By Shipranshu Pandey 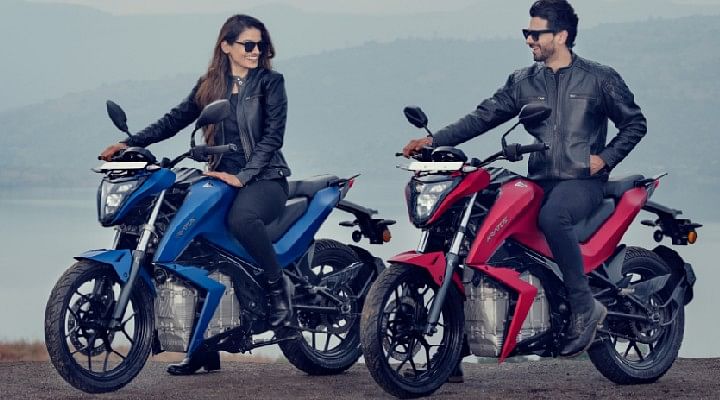 On January 26th, the Tork Kratos electric motorcycle was unveiled in India. The Tork Kratos was one of the most eagerly anticipated electric motorcycles, and it was released in two models: the Kratos and Kratos R. The bikes are priced at Rs 1.07 lakh and Rs 1.22 lakh, respectively, by Pune-based Tork Motors. Both bikes are built around the same split trellis frame. The Tork motorcycles' electric motors use Axial Flux technology, which ensures a 96 percent efficiency rating. The booking of the bike is already undergoing on the Tork Motors website. Here are a few things you should know about these two siblings.

The Kratos is the base trim, and it comes with a 4kWh battery that generates 7kW of power and 28 Nm of peak torque. The Tork Kratos R, on the other hand, comes with an axial flux motor with a rated power output of 4.5kW, a maximum power output of 9kW, and a peak torque output of 38 Nm, which is one of the biggest distinctions between the standard and high-performance models. The Kratos produces 4kW of continuous power, allowing it to accelerate from 0 to 40 kilometres per hour in 4 seconds and reach a top speed of 100 kilometres per hour. The Kratos R, on the other hand, has a continuous power of 4.5kW.

Both bikes are powered by the same 4kWh battery, which is enclosed in an aluminium casing with an IP67 weather-resistance rating. In eco mode, the motorcycle has an IDC range of 180 kilometres and an actual range of 120 kilometres, 100 kilometres in city mode, and 70 kilometres in sports mode. The Kratos takes 4 seconds to accelerate from 0 to 40 kilometres per hour, whereas the Kratos R takes 3.5 seconds.

Multi-drive modes with reverse capabilities, regenerative braking, anti-theft system, USB charging, Crash alarm, and other features are included in the Kratos siblings. A front storage compartment is also located at the fuel tank. The Kratos R, on the other hand, is available in four colour options: Red, White, Blue, and Black, as opposed to the Kratos, which is only available in white. The Kratos R's prominent features are the same as those found on the base bike, making it essentially a sporty motorbike.

Both the Tork Kratos & Kratos R are developed around a trellis frame that holds the battery pack and the motor in the swingarm. It comes equipped with 17-inch alloy wheels and tubeless tyres. The front tyres are 90/80-17, and the rear tyres are 120/80-17. It features a 165mm ground clearance and a seat height of 785mm. The 140kg kerb weight, which is substantially greater than the 108kg Revolt RV 400 and is approximately on a level with other 150-160cc bikes, supports Tork's promise that their motorcycle will appear and feel like a traditional bike to ride.

What are your thoughts on the Tork Kratos motorcycles? Do let us know in the comment section. Also, join our 91Wheels Telegram and 91Wheels WhatsApp group to know more about vehicles, conduct discussions on your favourite ride, and much more! Also, you can subscribe to our YouTube channel for video content on the latest from the world of cars and motorcycles. 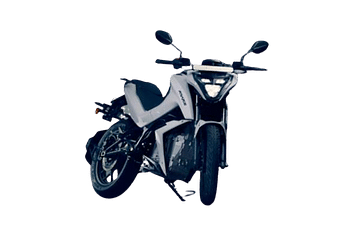