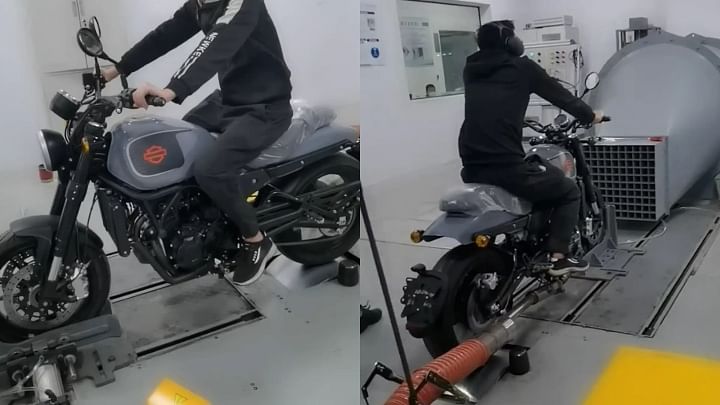 Harley-Davidson is developing an India-bound 500cc parallel-twin motorcycle which has been spied testing in China for the first time. Read details here.

Harley-Davidson has been silently working with their Chinese partner Qianjiang Group which happens to be the parent company of Benelli; for making new entry-level motorcycles for the global markets. The start of this took off via the development of a 353cc entry-level performance motorcycle which earlier was contemplated to be a 300cc only.

Now, the new spy shots of a bigger motorcycle have emerged on the internet where the new prototype can be seen testing over the dyno with Harley-Davidson logo imprinted over the fuel tank. This new 500cc bike is anticipated to be a parallel-twin motor and the bike itself resembles a lot to the already available Benelli Leoncino 500. The Leoncino 500 is sold in the Chinese as well as domestic markets.

While the first motorcycle of the tie-up between Harley and the QJ group is still pending; the registration and patent of the upcoming bike has already been done in the name of Harley-Davidson 338R in the Chinese market. This bike is the first product in the upcoming lineup of entry-level performance motorcycles from the joint venture. The Made-in-China HD 338R has till not been launched whilst the joint venture has started testing the bigger 500cc motorcycle.

Talking about the prototype, the test mule was seen using the same chassis, design, equipment, engine, and even mechanicals such as swingarm similar to the Benelli Leoncino 500. Other components such as the wide handlebar, die-cast alloy wheels, footpeg hangars, etc. have also been carried over from the Leoncino 500 motorcycle. As the specifications are not available, our wild guess suggests that the 500cc parallel-twin engine will be good enough for producing 45-50 bhp of peak power and the bike shall feature the latest tech such as slipper clutch, quick shifter, cornering ABS, and even various riding modes to compete for the various products available in the international markets.

The Harley-QJ joint venture aims to produce these products in China itself while the sales will go live in China, Asian markets such as Indonesia, Thailand, and even India by the year 2024. Harley-Davidson also plans to introduce these entry-level bikes in the western markets later on.

Tell us by commenting down below how do you like the new 500cc parallel-twin motorcycle from Harley-Davidson. Also, make sure to subscribe to the 91Wheels YouTube channel and do become a member of the 91Wheels WhatsApp group for regular automotive updates. 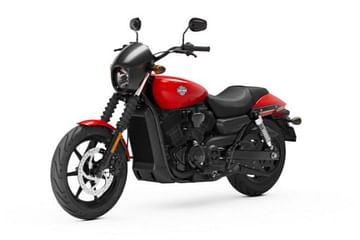