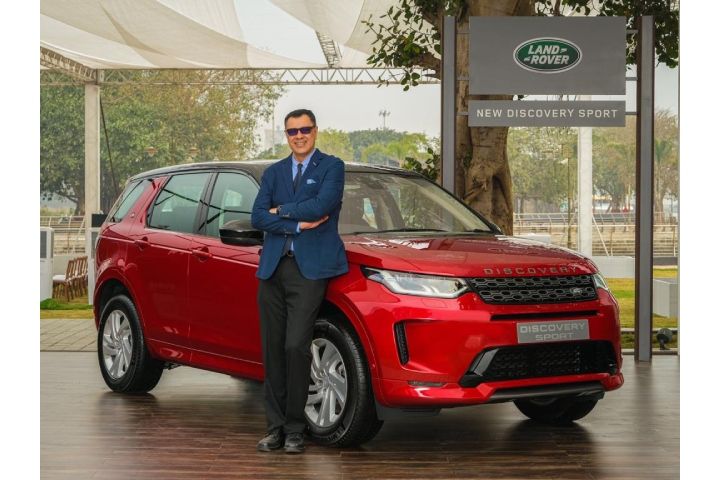 Land Rover has today launched the Discovery Sport in India and prices start at Rs 57.06 lakhs for the S Diesel and Rs 60.89 lakhs for the R-dynamic Diesel. Petrol variants with mild hybrid technology will be launched at a later date.

Although Land Rover announced both the petrol and diesel engine options at launch, delivery of the petrol variants will start at a later date and the Discovery Sport is only available with a 2.0 diesel at this point of time. It comes loaded to the brim with cool design changes.

Talking about the design first, the silhouette of the Discovery Sport remains largely unchanged. It now gets all-new LED headlamps with LED DRLs which also does duty as dynamic swipe turn indicators. The side profile looks exactly the same as before and the rear now gets full LED taillamps. The exterior looks more or less the same with some new additions but the underpinning of the Discovery Sport is all new. It now sits on the new Evoque' platform which has been designed to support electrification.

The interiors are now plusher and exquisite thanks to the new 10.2-inch Touch Pro infotainment supporting both Android Auto and Apple Car Play. The heritage of the Land Rover capabilities has been taken care with the advanced Terrain Response 2 technology which automatically adapts with the offroad situations. It comes loaded to the brim with features like crisp digital driver's display, wireless charging, Clear Sight rearview monitor, 4G hotspot, touch-sensitive steering controls and Meridian sound system.

As we stated earlier, Discovery Sport is only available with a 2.0-litre turbocharged diesel engine churning out 177 Hp and 430 Nm of torque paired with a 9-speed automatic gearbox. A 2.0-litre turbocharged petrol engine with 48v mild-hybrid technology will be launched at a later date. The petrol engine will produce 245 Hp and 365 Nm of torque and it will also be paired with a 9-speed automatic gearbox.

Land Rover Discovery Sport continues to come with 5+2 seating configuration and it now sits a tad higher to the Evoque at the price chart. It will take on the likes of the BMW X3, Mercedes GLC and Audi Q5 in the Indian market.