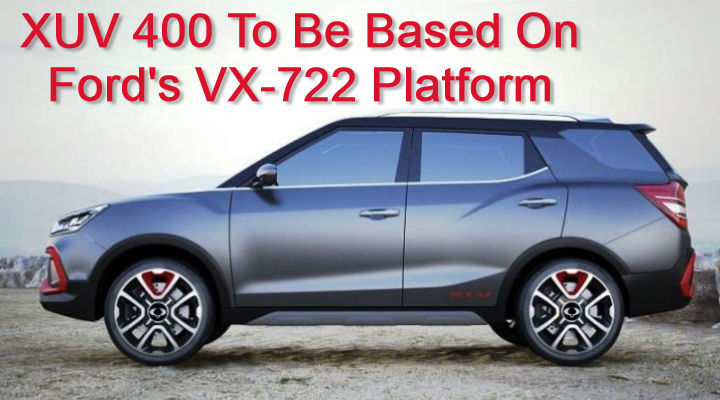 It is no secret to anyone that Ford and Mahindra are working together to develop new products for their line-ups. Both the companies are all set to introduce their mid-size SUVs in the B-SUV segment to rival against the likes of Hyundai Creta and Kia Seltos. As per the reports which surfaced online, the upcoming Mahindra XUV400 will be based on Ford's VX-722 platform.

Under the joint venture, Ford and Mahindra will be co-developing their new products and as of now, reports suggest that the upcoming B-SUV is being developed by Ford while the C-SUV is being worked upon by Mahindra. The XUV400 is expected to be assembled at Ford's Sanand plant and will be powered by 1.5-L diesel and petrol engines.

At the same time, Mahindra is also working on the next-gen XUV500 which will be launched in the second half of 2021. The upcoming XUV500's platform will be used by Ford to develop its own C-SUV, codenamed as W605. The XUV500 and the W605 are expected to be powered by 2.0-L engines. While the XUV500 will be offered as a practical and comfortable vehicle, the Ford W605 will be offering better driving dynamics and a premium cabin.

Share your thoughts about the upcoming Mahindra XUV400 in the comment box below. Also, join our 91W Auto Enthusiasts Group to be a part of interesting automotive discussions.