Maruti Suzuki showcased the petrol-powered S-cross at the 2020 Auto Expo and it was scheduled to get launched this month itself, but due to the outbreak of Coronavirus, the launch has been postponed and we assume that S-cross will be launched next month. Like other Maruti Suzuki cars, S-cross will also only get a petrol engine which will replace the current diesel engine.

Also read: Free Service And Warranty Extension Due To Coronavirus: Check Your Car

Talking about the changes, S-cross might get some tweaks inside and out but it will remain more or less the same. The only single major update will be Suzuki's smart play studio touchscreen system which sports both Android Auto and Apple Car Play. Maruti S-cross petrol will be offered in four trims- Sigma, Delta Zeta and Alpha. Except for the base Sigma variant, all the other three variants will get 4-speed automatic option too.

Also read: Upcoming Affordable Electric Cars You should Wait For! 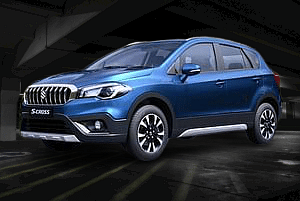