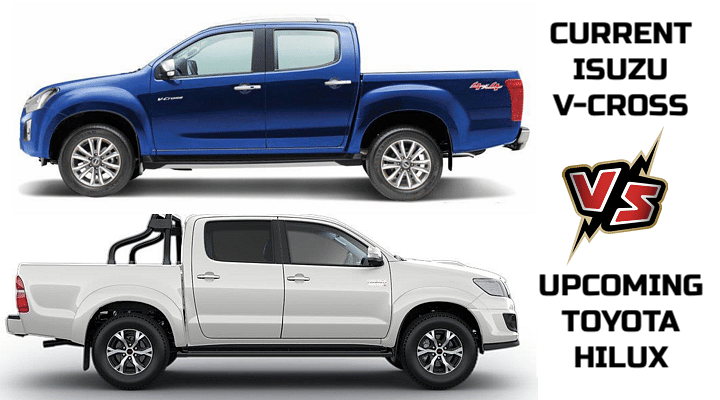 Update 20/01/2022 - Toyota has showcased the Hilux for India but prices will be announced in March. Bookings however are open now.

Update 03/06/2021 - New info states that Toyota might bring in the Hilux in a few months. There is a scarcity of an affordable 4x4 pickup truck in India and with the Hilux being priced at a nominal price, we believe it will turn out to be a better alternative than the overpriced Isuzu D-Max V-Cross 4x4. Isuzu D-Max V-Cross 4x4 prices now start from Rs 20.98 lakh for the manual and Rs 24.49 lakh for the 6-speed auto. All prices stick to ex-showroom, Delhi.

Update 06/05/2021 - Isuzu is all set to launch the BS6 version of the D-Max V-Cross pickup truck in the Indian market. It will only come with a 1.9L turbocharged BS6 compliant diesel engine and will carry a manual transmission for the Z and an automatic for the Z Prestige. The launch is expected in June.

Just yesterday we delivered this piece of news to you that Toyota is considering the Hilux to launch in the Indian market soon. The Hilux is basically a pick-up version and shares the same IMV platform with the Fortuner. If it gets launched then what better way to compete it with the Isuzu D-Max V-Cross. This comparison between Toyota Hilux vs Isuzu D-Max V-Cross lets you know that which one is better among the two!

As you can see from above, the Hilux is longer in length than Isuzu D-Max V-Cross. But the wheelbase of the Hilux is 10 mm smaller than the V-Cross which means possibly less cabin space. Both the pick-up trucks measure marginally the same in width, Hilux with 1855 mm while the V-Cross being at 1860 mm.

The table above showcases that the upcoming Hilux is a powerful product as a bigger 2.8L engine. This unit is the same as found in Fortuner and generates 420 Nm of peak torque with the intelligent manual gearbox and 500 Nm of maximum torque with automatic transmission.

The Hilux is more powerful than the Isuzu and has the capacity to tow and carry more load than the V-Cross. On the other hand, the BS6 V-Cross gets a 1.9L turbocharged diesel unit that makes 161 bhp with 360 Nm of peak torque.

As far as the prices go then the Hilux is expected to stick between Rs 35-37 lakh, ex-showroom, Delhi. The expected price is higher than that of the Isuzu D-Max V-Cross but it'll surely be worth paying the premium. Isuzu D-Max V-cross has been ruling the pick-up truck segment for a long time and now it'll be great to see the real-world comparison of both Toyota Hilux and the Isuzu.

Toyota Hilux or Isuzu D-Max V-Cross? Do tell us which one will you pick. Also, join our exclusive 91Wheels Whatsapp as well as 91Wheels Telegram group where you get the latest automotive industry news and meet like-minded auto enthusiasts. 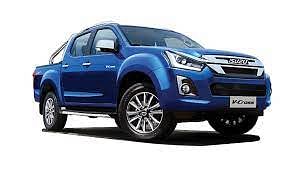 Dmax V Cross is a car from Isuzu.
₹ N/A