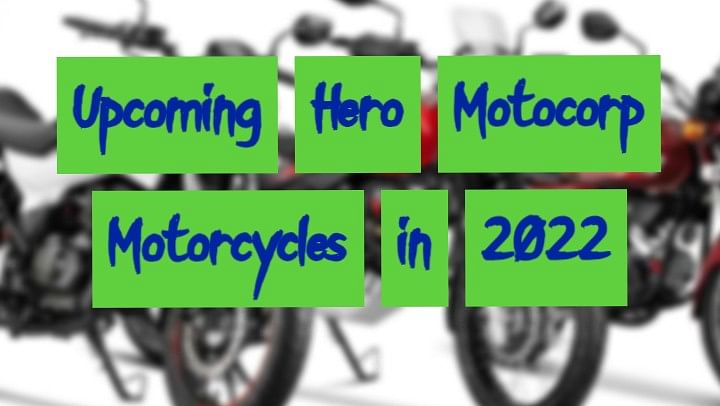 Hero Motocorp motorcycles have the following motorcycles slated for launch in 2022. The list includes both electric and petrol-powered motorcycles and scooters.

Hero Motocorp Motorcycle is one of the leading two-wheelers manufacturers in India. Currently, it has 16 motorcycles and 4 scooters in its portfolio. Most of these two-wheelers range between the 100 cc to 150 cc engine category, then there are premium models which come fitted with either 160 cc or 200 cc engine. Hero Motorcorps scooter segment is equally exciting, spearheaded by the 125 cc Maestro Edge. But when compared to the likes of the Aprilia SR160  or the TVS Ntorq, Hero Motocorp still needs a solid alternative.

So, to fill those missing gaps, the Indian marquee has some pretty exciting launches coming up this year. Below we have made a list of these upcoming Hero Moto Corp motorcycles. But before we go ahead, do join our 91Wheels Telegram and 91Wheels Whatsapp group to know more about vehicles, conduct discussions on your favourite ride and much more!

The XF3R will be the first 300 cc motorcycles from Hero Motocorp. Its launch is expected to happen in February 2022, and it was first unveiled at the 2016 Auto Expo. The streetfighter that was showcased featured a single-side swingarm and an under-seat exhaust muffler. The production-spec model is slated to share many elements from the concept model, but will these two make it to the list remains to be seen.

Another Hero Motocorp product that is expected to launch in February 2022, is the Hero eMaestro. The eMaestro will be based on the Maestro Edge, and will come powered by a permanent magnet motor that is connected lithium-ion battery pack. The official power and torque output figures are not available, of course. However, this new electric scooter will come with LED headlamp and taillight, a digital instrument cluster, reverse mode, and toggle integrated left handlebar, to name a few.

The Hero Xtreme 200R will be the naked version of the 200S. Just like the 200S, the 200R will also get an all-new 199.6 cc, air-cooled, single-cylinder engine that produces 18.4 Ps of power at 8000 rpm and 17.1 Nm of torque at 6500 rpm. The engine can do 0-60 kmph in claimed 4.6 seconds. Some of the standout features of the naked motorcycle will be an LED headlight and taillight, single-channel ABS, and a semi-digital instrument cluster.

Hero Motocorp is expected to launch another electric scooter in March. Official information about the new scooter isnt available as of yet, except for the fact that it will feature swappable battery technology. The electric scooter was teased during the companys 10th-anniversary celebration.  The Indian company has also allegedly filed as many 6 trademarks, which hint strongly at a new electric scooter.

The 160S will be the faired version of the naked motorcycle 160R. Not much information is available on the motorcycle, yet. Aside from the fact, that it will feature a 163 cc engine that produces 15.3 Ps and 14 Nm of torque, it will also come with single-channel ABS and a semi-digital instrument cluster.

Heros experience in the Dakar Rally has led to the development of this 450 ADV motorcycle. The new motorcycle will likely be based on the 450RR rally bike, basically Heros Dakar bike. It will get top-spec hardware, like a tubular trellis frame, long-travel USD, and a link-type rear mono-shock absorber. The official date of launch is yet to be confirmed, but expect this motorcycle to hit the markets by the end of this year.

So,  having read the details of all the motorcycles above, which Hero Motocorp motorcycle are looking forward to buying? Let us know in the comment section. can also subscribe to our Youtube channel for video content on the latest from the world of cars and motorcycles. Also, connect with us on Facebook, Instagram, and Twitter for more about vehicles! 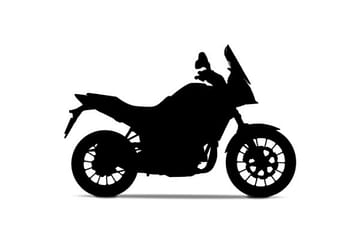