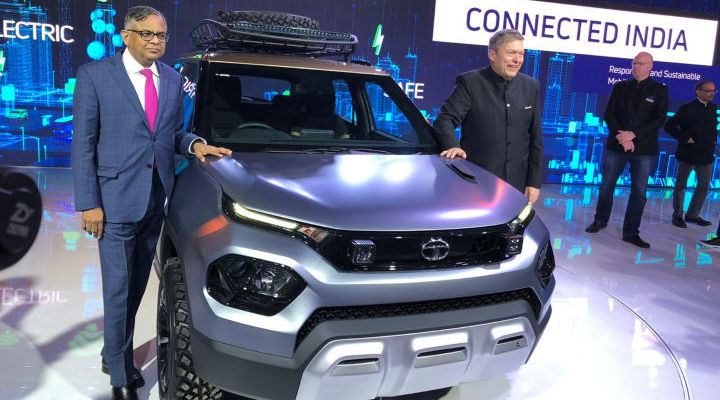 The prevailing lockdown halted the testing of the upcoming Tata HBX which was being heavily tested on the Pune roads. As the lockdown has been eased up and some activities are allowed, Tata has restarted the testing of the HBX concept and we may see the launch of it later this year. Tata showcased the HBX micro SUV concept at the 2020 Auto Expo BC (Before Corona) and that was 95% production form. The car which has been spied looks similar to what Tata promised.

The upcoming Tata HBX is a micro SUV which is inspired by the looks of Harrier. The front will get split headlight setup and the eyebrow DRLs will sit atop the main headlight. The DRLs will merge into the blacked-out Tata's grille and projector headlamps and fog lights will be placed lower on the bumper. The side profile gets muscular wheels arches with body cladding all around. Moving to the rear, we get rounded taillights and spy image also reveals rear parking camera which sits on the boot.

Moving to the interiors, the HBX will come boasted with a lot of features like free-standing touchscreen infotainment with Android Auto and Apple Car Play, rectangular AC vents with auto AC, semi-digital instrument cluster, driving modes, steering mounted controls and a lot more. Tata will fill the HBX to the brim with features and needless to say, safety will be best in its segment. The interior design is fresh where the touchscreen sits atop the rectangular AC vents which may also come body-coloured in top variants; just like the Tiago.

Also read: Six Reasons On Why You Can Pick The Jeep Compass Over Skoda Karoq

Tata will launch the HBX micro SUV later this year or earlier next year. The launch timeline is still unknown due to the delay happened before. nonetheless, Tata will price the HBX attractively to compete with cars like Maruti S-presso and Renault Kwid. We expect Tata to price the HBX somewhere in the region of Rs 3.5 lakh to 6 lakh ex-showroom.