7 SUVs with Long Waiting Period to Avoid this Diwali 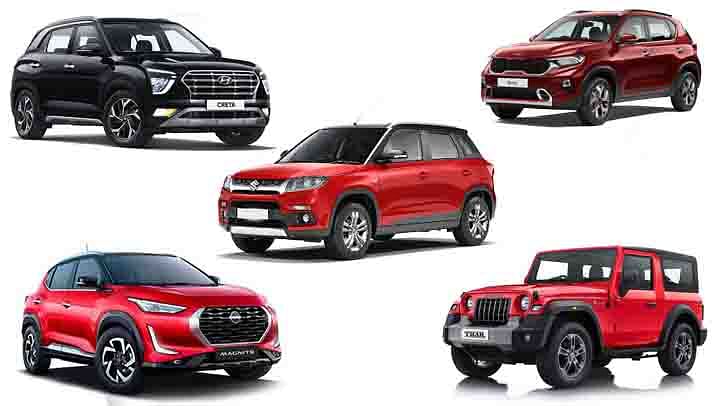 Due to the ongoing chip crisis, the following SUVs have a longer waiting period.

Amidst this festive season, the automotive industry is going through a crisis of semiconductor chips on a global scale. This started out due to disruption in the supply chain, and most semiconductor production companies are based out of China and Taiwan. This chip has become very important in today's auto industry since most modern cars are digitized with several gadgets and techs on board.

The aftereffect of the crisis has left many manufactured strangled. Some even had to take harsh decisions. Like for example, Maruti had cut its production in September and October, by 60% and 40%, respectively. With the trend expected to continue well into 2022, we have compiled a list of some SUVs whose waiting period has exponentially increased due to this crisis. Hopefully, this list will guide you to make the right decisions when buying a new car this festive season:

The Maruti Suzuki Brezza is a popular subcompact SUV Its price start from Rs. 7.61 lacs with the base LXi model, and tops out at Rs. 11.20 lakhs with the ZXi Plus variant that comes with standard automatic transmission and dual-tone exterior color. Theres no doubt that Maruti Suzuki Brezza is a popular SUV, its stellar sales figures are a testament to that fact. But if you wanted to buy one, then you would have to wait for around 5-6 months to get your hands on a new car.

The Hyundai Creta is the most sold Hyundai SUV in India. It retails between Rs. 9.99 lakh to Rs. 17.70 lakh (ex-showroom price, Delhi), and there are six trims to choose from. This compact SUV can easily seat five people, and its cabin comes loaded with features like a panoramic sunroof, wireless charging, power-adjustable drivers seat, ventilated front seats, 7-inch semi-digital instrument cluster to name a few. But if booked now, then youll have to wait a minimum of 5 months, which can also extend up to 10 months also for the car to arrive.

Also Read: 5 Reasons Why Tata Punch is a Safe Choice This Diwali

The Kia Seltos have enjoyed quite the niche and popular acceptance in the Indian market. Its conventional boxy-SUV stance and feature-loaded cabin make the Seltos the most VFM compact SUV in its segment. The 2021 Kia Seltos starts from Rs. Rs. 9.95 lakh with the base HTE G trim, and costs the all the way up to Rs. 18.10 lakh with the range-topping X-LIne variant. However, if you were to book a new Seltos this Diwali you would have to wait a minimum of 6 months to get your hands on the new car. This may also increase for theres no assurance of that.

The recently unveiled XUV700 has to be the most feature-laden Mahindra SUV so far. This hyped up his arrival to such an extent that within the first two days of its release Mahindra broke all records with 50,000 bookings on the first day itself. Currently, the Mahindra XUV700 has 65,000 bookings to its name, and given the current crisis, its waiting period has definitely been affected. If you book an XUV700 now, then you will have to wait for a minimum of 1 year or 1 and half years max, to get the SUV to your garage.

Just like the Mahindra XUV700, the Thar has also been equally affected by the chip crisis. Although launched before the XUV700, Mahindra recently announced that the Thar has crossed more than 75,000 bookings in a year. There are two trims available with the current Thar - AX (O) and LX, and prices start from Rs. 13.08 lakh and Rs. 13.38 lakh, respectively, with the hardtop.

The Kia Sonet was the last Kia SUV to launch. This sub-compact SUV has also become a safe choice for many. Especially, since the Sonet comes packed with some niche and intuitive features. It is priced between from Rs. 6.89 lakh to Rs. 13.55 lakh and there are six trims to choose from. However, if you were to book a Sonet now, it has a waiting period of minimum of 5 months.

The Nissan Magnite is another five-seater sub-compact SUV that rivals the Kia Sonet. It is based on the same platform as the Renault Kiger, but the Magnite is slightly pricier. With the base XE trim, the Nissan Magnite costs Rs. 5.71 lakhs (ex-showroom price), and it goes all the way up to Rs. 10.15 lakh for the Turbo trim with the CVT transmission option. However, if booked now then the Nissan Magnite has a waiting period of 5-6 months.

So, what do you think about the current chip crisis? Do you still want to buy a new car or go for a used car, which does not have a waiting period at all? Let us know by dropping a text on our 91Wheels Telegram and 91Wheels Whatsapp. You can also interact about anything on wheels with like-minded individuals in the group. Also, connect with us on Facebook, Instagram, and Twitter for more about vehicles! 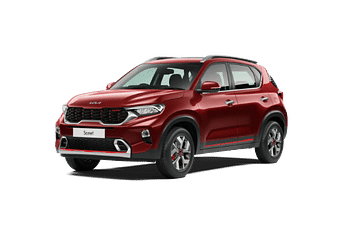