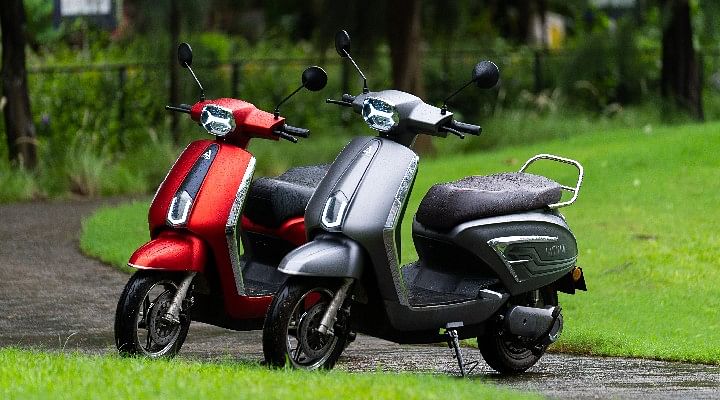 In the Indian market, iVOOMi Energy has introduced a brand-new high-speed electric scooter. With a starting price of Rs 99,999, the iVOOMi JeetX is available in two models. The JeetX and JeetX180 are two variations that the company plans to release with this unveiling. With a speed of 70 Kmph and certification from the Automotive Research Association of India (ARAI), the company claims that the JeetX is a very durable electric scooter.

Also Read: EV Subsidy Increased In Haryana By Up To Rs 6 Lakh

In order to increase the range of all of iVOOMi's e-scooters, the company has also announced a dual removable battery setup accessory for the JeetX that can be used with their current high-speed models. This accessory can also be used in the iVOOMi S1, and other low-speed variants. This accessory will enable their existing customers to upgrade their e-scooters. The company became the first in India with this announcement to offer a twin removable battery system on all of its e-scooters, and existing customers are given an update to their e-scooters to a core battery level that can be removed for additional charging and accessibility.

The e-scooter has new features like "Easy Shift" for simple mode switching while driving; a practical and secure reverse gear; disc brakes with Combi Braking System (CBS) for better safety, which lessens the impact of abrupt braking and reduces stopping time. It also has a touchless footrest that can be pulled out and pushed in without stooping and using hands, etc. A 3-year warranty is also provided with the iVOOMi JeetX battery.

Depending on the variant a buyer chooses, the JeetX may be purchased from the closest iVOOMi outlet for Rs 1 lakh to Rs 1.4 lakh. The JeetX series is available for booking starting on September 1 and the customer will get deliveries on the same day. While the delivery of the JeetX180 will begin by the end of September. Interested buyers can choose from four matte colours Scarlet Red, Ink Blue, Posh White, and Space Grey. Early buyers of iVOOMi's new models will also receive free accessories worth INR 3,000 as a bonus until September 10th, 2022.

Mr. Sunil Bansal, MD and Co-founder of iVOOMi, commented on the launch of new electric scooters, "We at iVOOMi constantly strive to cater to the consumers with our indigenised innovation, and the company has been in a stabilisation mode, putting its research and development forward to bring an EV best-fitted for Indian conditions. We believe that these extra-powered, homegrown e-scooters will help people overcome range anxiety and increase the reliability of EVs." 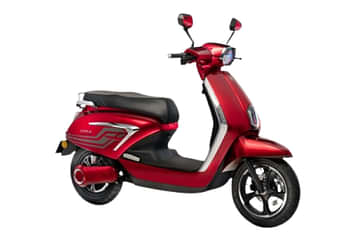