Mahindra Alturas G4 To Be Discontinued in 2021 - All Details 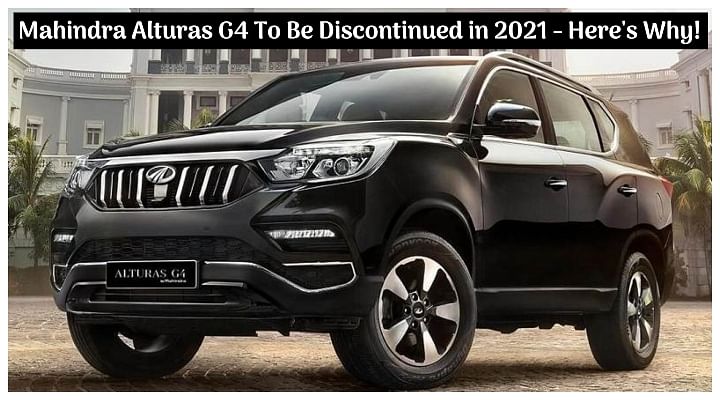 Update - 22/04/2021 - The Mahindra Alturas G4 is not on sales from the carmaker and select dealership that have the stock left are clearing out the units at a huge discount. Please contact your nearest dealership for the same if you are interested.

So, the Mahindra Alturas G4 is essentially a rebadged SsangYong Rexton G4. The SUV which we currently get in India is the fourth-generation model of the SsangYong Rexton G4 which Mahindra decided to launch in 2018 under its umbrella. However, now as the Mahindra - SsangYong alliance is coming to an end, it might result at the end of the journey for the Alturas G4 SUV in the Indian market. The Mahindra Alturas G4 is currently assembled in India using the completely knocked down (CKD) kits. Those CKD kits are currently assembled at Mahindra's new assembly plant situated at Chakan near Pune in Maharashtra. The Alturas G4's production was shifted to this new Chakan plant in mid-2019.

According to the latest media reports, Mahindra is currently said to have components and other materials to produce 500 more units with the CKD kits of the Alturas G4. Once those CKD kits are exhausted, the assembling process of this full-size premium SUV will come to an end. Thus, due to the split between the Indian UV-maker and the South Korean car manufacturer, the Mahindra Alturas G4 is going to be discontinued in 2021. Also, it needs to be mentioned that the Alturas G4 is not performing good in the country in terms of sales. It is the most affordable SUV in its class but the customers choose the established rivals and latest entrants over the Alturas G4.

If we notice the sales figures of the full-size SUVs in India for the month of November 2020, we can see that the Alturas G4 stood at the last spot and only 23 units of this SUV was sold in the country. In comparison, more than 600 units each of the Toyota Fortuner, Ford Endeavour and the MG Gloster were sold in India last month. Even the Honda CR-V outsold the Alturas G4 during the same time period. Talking about the engine specifications of the Alturas G4, so it is powered by a BS6-compliant 2.2-litre diesel engine. This oil-burner churns out 180 PS of maximum power at 3800 RPM and 420 Nm of peak torque between 1600-2600 RPM. The engine of the SUV comes mated to a seven-speed automatic gearbox, sourced from Mercedes-Benz.

The Alturas G4 also gets a proper 4WD (four-wheel-drive) system, and it is very capable off the road. Talking about the price, the new BS6-compliant Mahindra Alturas G4 is sold in India in two variants: 2WD AT and 4WD AT. The two(rear)-wheel-drive (RWD) model is priced at Rs. 28.70 lakhs while the top-spec four-wheel-drive (4WD) model is priced at Rs. 31.70 lakhs. All prices stick to Ex-showroom Delhi. It rivals against the newly launched MG Gloster, Toyota Fortuner, Ford Endeavour, etc. Why do you think Mahindra Alturas G4 failed in India? Feel free to share your opinions with us in the comments section below. You can also join our 91Wheels Auto Enthusiast Telegram group (click via mobile to join) curated exclusively for the fans, enthusiasts and the owners. Further, subscribe to our YouTube channel for more such amazing motoring updates. 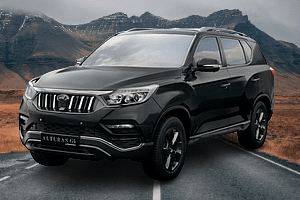