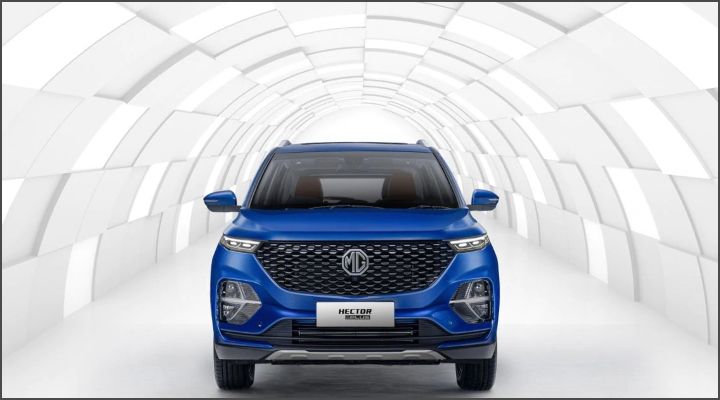 Just recently we brought you into account as to how the MG Hector has completed its first year anniversary and by bringing in Hector Plus, MG is now diversifying themselves to the people's need. Once launched, the Hector Plus will be a good competition to the Toyota Innova Crysta.

MG Hector Plus was showcased at the 2020 Auto Expo and the launch is expected next week. Sharing details upon the front then it gets a redesigned grille with sleeker fog light housings and improved LED DRLs. The SUV also gets an improved front grille with mesh design.

The side profile remains more or less the same but the rear gets tweaked taillights and the reflector strip joining the two in the Hector, is now taken down. It appears to be a rather clean design now with the Hector Plus.

Under the hood, the Hector Plus will sport the same three engines - two petrol and one diesel. The turbodiesel is FCA sourced and gets a 2.0L engine with 170 bhp on tap and 350 Nm of peak torque. It is mated to a 6-speed manual transmission only.

Coming to the 1.5L turbo petrol then it also features a mild-hybrid powertrain. The transmission option includes a 6-speed manual or a DCT gearbox. This 1.5L produces 140 bhp with 250 Nm of peak torque.

The prices are not yet out but we expect to believe that it will be Rs 60k premium over the 5-seater Hector. The middle bench row will e replaced by captain seats and the last row will be a bench set up. Once launched, it will pit the Toyota Crysta and soon to be launched Tata Gravitas.