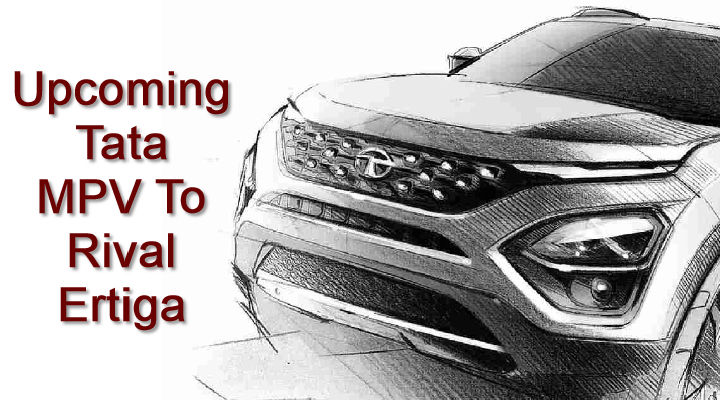 If reports are to be believed, Tata Motors is working on a new MPV which will be launched in the Indian markets in near years. The upcoming Tata MPV will lock its horns directly with the Maruti Ertiga and the Mahindra Marazzo. While the company has not revealed any major details of its upcoming MPV, here are all the details that we know so far.

The upcoming Tata MPV is expected to be launched in 2022 while the testing phase of the car may start this festive season, ahead of the launch of the upcoming Hornbill. It is also expected that the MPV will be underpinned by Tata's ALFA platform. The upcoming MPV will be available in two seating configurations - 8-seat and 7-seat layout. While the 8-seater variant will feature a seat bench in the middle row, the 7-seater variant will come with captain seats in the middle row.

Just like other Tata cars, the upcoming Tata MPV will be using Impact 2.0 design language which will make it more appealing and bold than its competition. In addition to this, the car is expected to get the brand's latest infotainment system, driving modes, dedicated rear ac vents, and other important and modern features.

At the same time, Tata is all set to launch the Hornbill micro-SUV in the market. Codenamed as Tata HBX, the car was showcased at the AutoExpo 2020 and is expected to be priced under Rs 8 lakh.

Share your thoughts about the upcoming Tata MPV in the comment box below. Also, join our 91W Auto Enthusiast Whatsapp Group to be a part of interesting discussions.