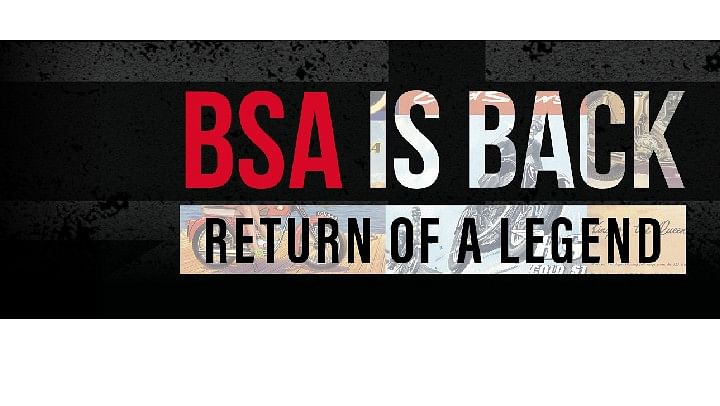 The BSA Gold Star 650 is scheduled to launch soon in the UK. Ahead of its debut, the official specs of the new bike have been revealed.

BSA Motorcycles recently reintroduced their iconic Gold Star at the Motorcycle Live Show in the UK. Their new bike retains its old-world charm with lots of chrome accents, but unlike its predecessors, it will be powered by a standard 650 cc engine only. Earlier, during its production days, between 1938 to 1963, the Gold Star would come equipped with engines ranging from 350 cc to 500 cc. After its launch, recently, BSA launched the official TVC of the Gold Star 650. You can check out the video below. But before you proceed any further, do join our 91Wheels Telegram and 91Wheels Whatsapp group to know more about vehicles, conduct discussions on your favorite ride, and much more!

The new Gold Star 650 sits on a double-cradle frame. The traditional rounded headlamp with integrated LED DRLs, and LED taillights contributes to its modern styling. The handlebars are wide for a relaxed riding position, and the 12-liter teardrop-shaped fuel tank has more or less remained the same. Chrome accents are available around the headlamp housing, and on the fuel tank, and the exhaust pipe.

Theres a twin-pod-shaped instrument cluster that houses the analog speedometer and tachometers along with a small LCD multi-function display. There are multiple color options available, like Insignia Red, Silver Sheen (legacy Edition), Midnight Black, and Highland Green. The total weight of the Gold Star 650 is at 213 kgs, and with a wheelbase at 1,425 mm, and seat height at 780 mm, the BSA Gold Star seems like a promising cruiser.

As is obvious with the acronym, the Gold Star 650 will be powered by a 652 cc motor that puts out 45 hp of power and 55 Nm of torque. The unit will come mated to a standard 5-speed manual transmission. Suspension duties will be handled by 41 mm telescopic forks at the front and a twin-shock absorber at the rear. Braking duties are handled by disc brakes on both ends, with Brembo calipers and a Continental Dual-channel ABS.

So, what do you think about the upcoming BSA Gold Star 650? And how excited are you about its India launch? Let us know In the comment section. Do Join our 91Wheels Telegram and 91Wheels Whatsapp group to get early access to such news and much more! You can also subscribe to our Youtube channel for video content about the latest Indian cars and motorcycles. Also, connect with us on Facebook, Instagram, and Twitter for more about vehicles! 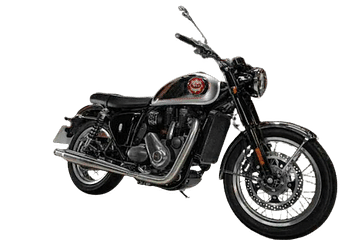 Gold Star is a Cruiser bike from BSA Motors. BSA Motors is expected to be launched at a price of Rs. ₹ 5.00 Lakh - ₹ 6.00 Lakh in Indian automobile market.