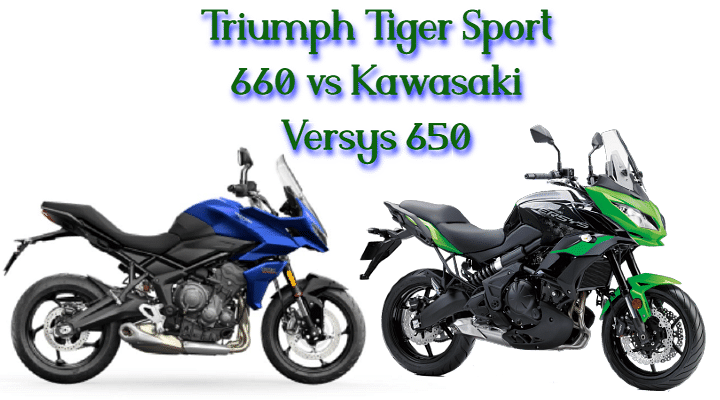 The 2022 Kawasaki Versys 650 has a smaller engine and also costs less than the Triumph Tiger 660. But which one is better, the Kawasaki or the Triumph?

Similarly, the Versys also feels equally comfortable in a traffic city, and with oozes of low-end and mid-range power, navigating through traffic situations feels effortless. By the way, this shouldnt lead you to believe that both are not off-road capable at all. On the contrary, a frequent venture into the broken path route can be dealt with easily thanks to those long-travel suspensions up-front. So, despite the same level of appeal, which one is the more VFM product?

Both the Tiger 660 and Versys 650 share underpinnings with their companys respective 650 cc motorcycles (sports, naked). But the Tiger 660 looks more toned down and suited for the road when compared to the Versys 650. The latter feels truer in its design, for it will remind you of its elder sibling, the Versys 1000. The suspension setup is the same in both the motorcycles, with upside-down telescopic forks, and a mono-shock suspension for the rear.

Summary: Dimension-wise, the Versys is longer, heavier and taller with more seat height and a bigger fuel tank. The Tiger 660 is designed in a compact manner comparison, and despite a 5 mm lower seat height, manages 14 mm more ground clearance.

Mechanically, the Triumph Tiger 660 and the Trident 660 get the same engine, but the former gets a slightly bigger bore at 0.04 mm. The 660 cc, liquid-cooled, inline-3 cylinder engine produces 81 Ps of power@10,250 rpm, and 64 Nm of torque@ 6,250 rpm. Transmission duties are handled by a 6-speed manual transmission.

Similarly, the Versys 650 also uses the same 650 cc, liquid-cooled, parallel-twin engine found in the naked Z650. But Kawasaki has tuned the engine mapping in the adv to produce less power and torque, at more rpm. With 66 Ps of power @8500 RPM, and 61 Nm of torque @ 7,000 rpm -  the Versys 650 produces less power and torque than the Tiger 660. Transmission duties remain the same in the Kawasaki with a 6-speed transmission. The Tiger 660 also gets electronic throttle control, unlike the Versys 650.

Summary: The Tiger 660 clearly produces more power in this competition. However, the Versys 650 has its enjoyable mid-range torque as well.

Feature-wise, both the motorcycles are not the most premium options in the market. However, the Versys 650 in India is still awaiting its 2022 update,  and with previous configurations, the Kawasaki does feel a bit dated compared to the Tiger 660. For example, the latter gets LED headlights and taillights, while the Kawasaki still gets halogen headlamps and tail lights. Similarly, the updated TFT screen is also missing in the Versys 650, but the Tiger 660 gets an all-instrument cluster.

Other stand-out features, which are more design-oriented, include adjustable windscreen and grab handlebars in both the motorcycles.

Also Read: Kawasaki Updates the ZX-25R SE for 2022 With A New Paint Scheme

The Tiger 660 gets a bigger and more powerful engine and feels more modern compared to the Versys 650. But the Kawasaki will nudge the enthusiasts, with its bare minimum feature and design similar to its elder sibling.  And coupled with the fact that the Versys 650 costs almost a lakh cheaper than the Tiger Sport 660, the green ADV suddenly seems all the more value for money.

For more comparisons such as these, do join our exclusive 91Wheels WhatsApp and 91 Wheels Telegram groups where you can also know more about vehicles, conduct discussions on your favourite ride, and much more! You can also subscribe to our Youtube channel for video content on the latest from the world of cars and motorcycles 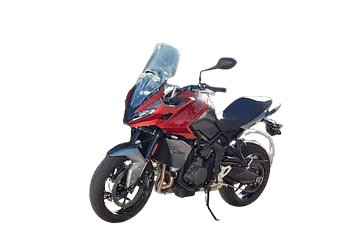