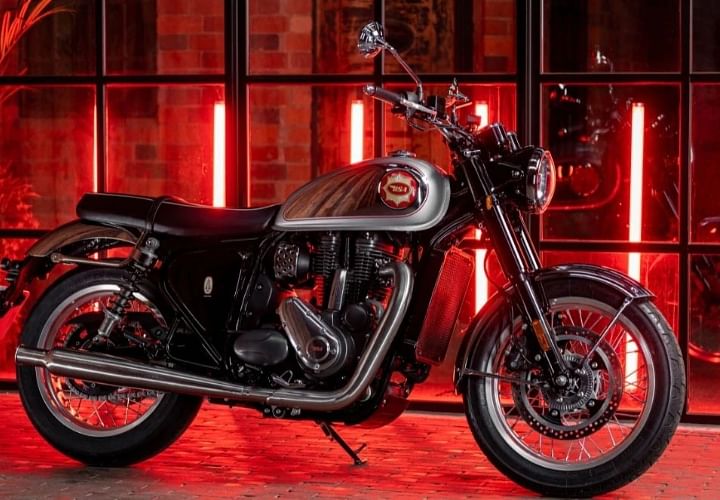 After making a comeback in India a few years ago, Classic Legends is all set to re-introduce the BSA brand in the Indian market. BSA Motorcycles recently showcased its first offering, the Gold Star 650 and is all set to launch the bike soon in India. To be brought into the country from the United Kingdom via the CBU (completely built unit) route, the BSA Gold Star 650 will rival the bikes like the Kawasaki W800 and the Triumph Street Twin. Here are all the details that you should check about this upcoming bike from Classic Legends in India. But before we begin, do not forget to join our 91Wheels Telegram and 91Wheels Whatsapp groups to be a part of interesting automotive discussions.

The official images released by the brand suggest that the brand will be retaining the original design inspirations and will offer a near bike with an attractive retro-styling. The bike will be based on tubular steel, dual-cradle frame and will feature a 41 mm telescopic fork at the front and twin shock absorbers at the rear. Upfront, the bike will feature R-18 wheels while at the rear, we will see smaller, seventeen-inch wheels. With a total kerb weight of about 213 kg, the bike will get dual disc brakes with Brembo callipers at both ends. On the features front, the bike will boast a twin-pod speedometer with LCD multi-functional display, an LED taillight, dual-channel ABS, slipper clutch, and a USB charger.

Powering the Gold Star 650 will be an all-new, 652 cc single-cylinder, liquid-cooled, DOHC, four-valve motor that was recently developed by the brand in mid-2021. This engine churns out a peak power and torque output of 45hp and 55Nm respectively. In addition to this, the brand also claims that the torque in the bike starts building up from as low as 1800rpm, hence helping it boast a commendable low-end and superior driving experience. A five-speed gearbox will come mated to this engine. The bike is also expected to get a fuel tank capacity of 12 litres, thus making it a great companion for the long-distance commute. While the BSA Gold Star 650 price is yet to be disclosed, we do expect it to be slightly more expensive when compared to the similar bikes in the Royal Enfield's line-up.

So, what are your expectations from the BSA Gold Star 650 price? Do let us know through the comments section below. Join our 91Wheels Telegram and 91Wheels Whatsapp group to know more about vehicles, conduct discussions on your favourite ride and much more! Also, you can subscribe to our Youtube channel for video content on the latest from the world of cars and motorcycles. 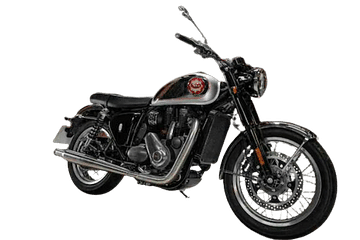 Gold Star is a Cruiser bike from BSA Motors. BSA Motors Gold Star is expected to be launched at a price of Rs. ₹ 3.00 Lakh - ₹ 3.50 Lakh in Indian automobile market.