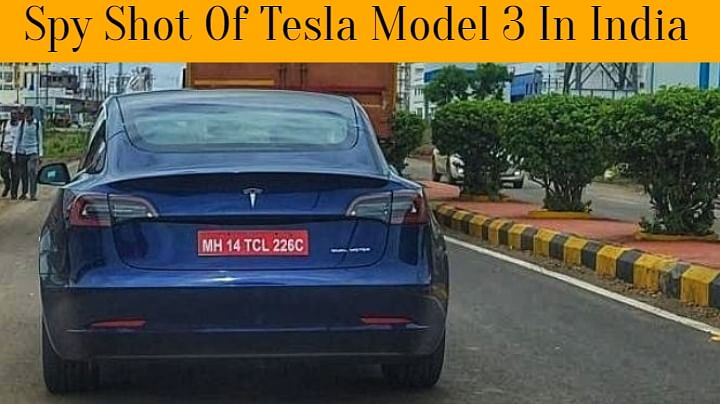 Have you seen the spy shot of Tesla Model 3 spotted testing in India? Do you know what the company could offer for the Indian EV market? All your answers are here in this article. Give it a read!

Electric vehicles were a mere concept a few decades ago. There was not enough technology to see light at the end of the tunnel, However, many pioneers powered through the harsh comments and timeline which was considered as the near end to life. One can even consider it as a battle for pride and honour which resulted in our generation having the best comfort and freedom that we can possibly enjoy.

Elon Musk is one such pioneer who played a major role in presenting eco-friendly mobility solutions. The problem of facing a time when there are no fossil fuels to burn is giving us humans the death stare. It is indeed time that we switch to safer mobility hence, with this thought in mind, Elon Musk decided to face the challenge of EV conversion which resulted in one of his best creations- The Tesla Model 3!

As we all know, It has been many years since electric mobility giant- Tesla has been stating that they have plans to introduce their vehicles in India. However, this dream of Indian automobile enthusiasts to drive a Tesla in India remained a mere legend. Not anymore since Elon Musk, the legend himself has hinted that Tesla will start to sell its model within this year-2021. Yes, you guys heard it right!

Also Read: Check Out The 10 Benefits Of Buying An EV In India

It has been confirmed that the American electric mobility brand- Tesla has been looking for dealership space in major cities like Bengaluru, Delhi and Mumbai. Also, a month back, Tesla had done all the registration procedures to set up an office in Bengaluru. The EV giant has hinted that the Tesla Model 3 will be the first car to be launched in India. We could confirm this from a spy shot that surfaced on the internet wherein the model 3 test mule was seen on the Indian roads.

This EV maker has been the most anticipated brand in India which is believed to sell cars loaded with features. Currently, the Tesla Model 3 comes with a 15-inch touchscreen that controls most of the vehicles functioning. This EV gets tinted windows as standard, a tinted glass roof which is unique to Tesla.
One could expect similar features of the Tesla Model 3 sold in America such as 12 way adjustable seats with heating function.

The vehicle could also get 15 speakers which provide premium sound quality and a long list of advanced driver assistance systems like the lane change function and auto-park assist system. However, due to government regulations, the autopilot feature could be missed out of the feature list.

On the powertrain side, the vehicle could get two electric motors that offer a 402.3km range on a single charge. Also, the Tesa Model 3 AWD variant sold in the U.S market offers a range of 518Km/charge and can get from zero to 96.56km/h in just a matter of 4.4 seconds. This variant could come on sale in the Indian market, However, considering the fact that the vehicle is imported for sale in India, it is highly doubted that this variant would see light in the Indian EV market.

What do you think about the Tesla Model 3 Spy shot taken in India. Do you think the Tesla Model 3 could change the future of EV market in India completely? Please tell us your thoughts in the comment section below. Also, join our 91Wheels Telegram and 91Wheels Whatsapp group to know more about vehicles, conduct discussions on your favourite ride and much more! 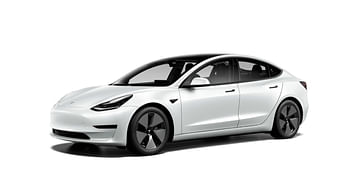