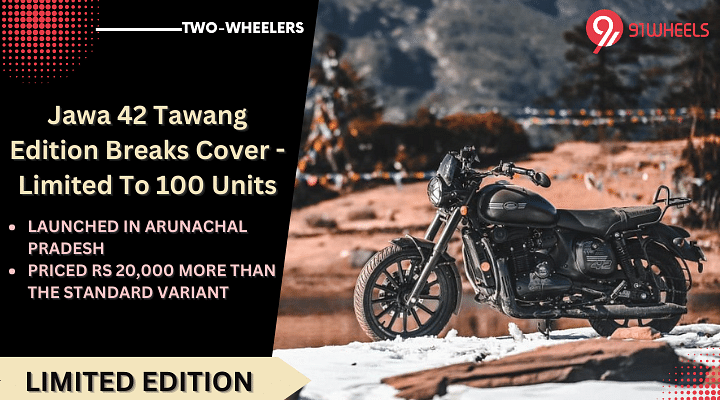 Jawa Yezdi Motorcycles has unveiled a new special edition of the Jawa 42 called the 'Tawang Edition'. Arunachal Pradesh's Tawang Torgya Festival is where the Tawang Edition was unveiled. Arunachal Pradesh and the neighboring region will receive the 100-unit limited edition Jawa 42 motorcycle to highlight the region's natural beauty and lively culture. At the time of the Torgya Festival unveiling, the brand had already delivered some of the motorcycles to the customers.

The Tawang Edition, which is based on the Jawa 42 Sports Stripe Allstar Black, is inspired by Lungta, a legendary wind horse that appears in local legends and represents prosperity and good fortune. The motorcycle has a Lungta design on the fuel tank and front fender as well as inscriptions that are localised across the body panels. To identify the motorcycles as special edition models, each model is also given an uniquely numbered bronze medallion.

The 293cc liquid-cooled engine that powers the Tawang Edition produces 27 bhp of power and 26.84 Nm of peak torque. A 6-speed gearbox is included with the engine. Telescopic front forks and dual spring shock absorbers are included in the motorcycle's other components. The bike has alloy wheels with 18-inch rear and 17-inch front tyres. It comes with a 240mm disc brake at the back and a 280mm front disc and drum brake for braking. The option with a single front disc and drum brakes on the back is also available. It has a single-channel ABS as standard equipment and a dual-channel ABS variant as an option.

In Arunachal Pradesh, the price of the Tawang Edition is Rs 20,000 higher than the standard version. The Jawa 42 2.1's standard model costs Rs. 1.94 lakh (ex-showroom).

Verdict: The recently released Tawang Edition of the Jawa 42 pays homage to the beauty and rich culture of Arunachal Pradesh. 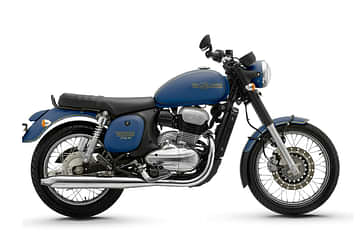