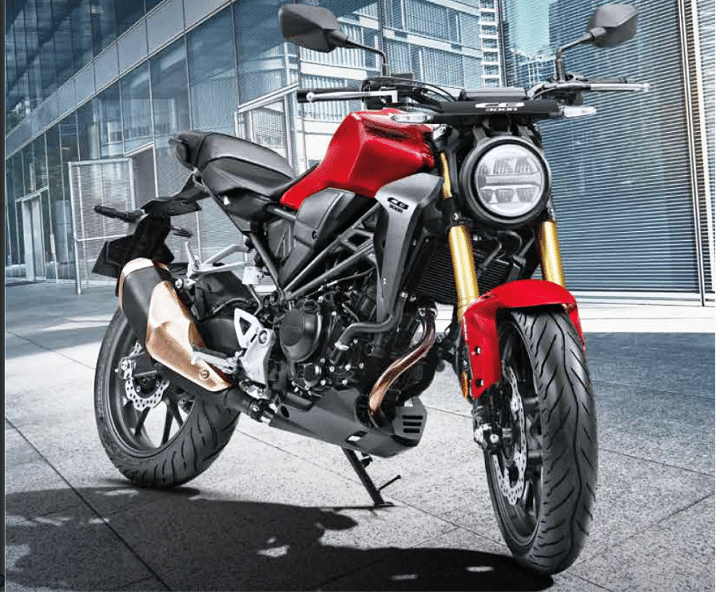 The modern sports-cafe motorcycle, which looks like the part streetfighter, the CB300R in its BS6 avatar will gain more power. How does it sound on paper now, we discuss here.

The BS6 version of the Honda CB300R was unveiled last month at the India Bike Week, 2021. The new model features a few subtle aesthetic changes in the form of a slipper clutch, new golden finish fork tubes, and MRF tires instead of Michelins. Official information about the updated engine was not known until now. An online portal has recently got hold of a document directed towards HMSI from the Transport Department. The document allows HMSI to produce the motorcycle and it also highlights some key information about the 2022 CB 300R.

Also Read: Used Motorcycle or New Motorcycle  Which will Be a Wise Choice?

Another key information to start off with, the 2022 Honda CB300R will be locally assembled, compared to its earlier CKD BS4 model. The updated BS6 compliant 286.01 cc engine produces 31.1 bhp @ 9000rpm, and torque figures are yet to be confirmed. The discontinued BS4 CB300R used to produce 30.4bhp @8000RPM. The previous engine did produce the peak power at 1000rpm earlier. But CB300R was quite agile by nature itself due to its light curb weight at 146 kgs.

Also Read: Honda CB300R BS6 Revealed - Here Are All The Details To Know!

The neo-retro style continues along with the exposed frame AND rugged engine guard. The split seating arrangement and the muscular sculpted fuel tank which can hold 9.7-litre of fuel remain the same too. The new CB300R styling will remind you of a streetfighter, despite being marketed as a sports cafe. Braking duties are handled by a 296 mm disc at the front, and 220 mm disc at the rear, along with dual-channel ABS. 17 alloy wheels are fitted on both ends, and suspension duties are handled by an upside-down fork at the front and a mono-shock for the rear.

The official price and launch date are yet to be confirmed. When launched, it will compete against the KTM Duke 390, BMW G 310 R. How do you find the Honda CB 300 R, do you think its a better deal than the other two? Lets get into a discussion with this in our  91Wheels Telegram and 91Wheels Whatsapp group where you can know more about vehicles, conduct discussions on your favourite ride, and much more! You can also subscribe to our Youtube channel for our exclusive video content on the latest from the world of cars and motorcycles. Also, connect with us on Facebook, Instagram, and Twitter for more about vehicles! 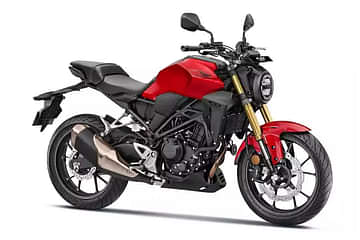