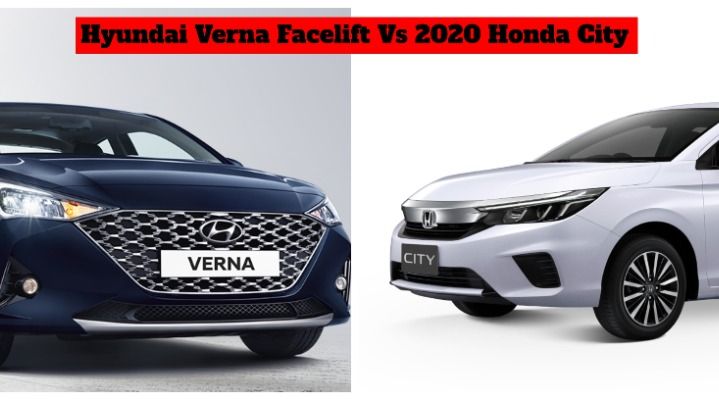 Hyundai has just unveiled a midlife facelift of the Verna sedan to improve its appeal in the eyes of buyers whereas Honda was nearly geared up to launch the next generation of their most popular sedan, the City. Both the 2020 Honda City and Hyundai Verna Facelift was supposed to get launched this month itself but due to the outbreak of Coronavirus, Honda and Hyundai both have postponed the launch of the City and Verna. Till then, we have compared both the cars to see which one offers more.

2020 Honda City is 113mm longer and 53mm wider than the current-gen City. However, these enlargements have affected the length of the wheelbase by 11mm. 2020 Honda City has grown in size as compared to its predecessor. Taking about the Verna, it has received new bumpers and bonnet to comply with new Pedestrian norms and it leads to a minor increase in overall dimensions. Till now, we don’t know the exact dimensions of the Verna facelift, we will share all the details once it gets launched.

As we told earlier, 2020 Honda City has gotten a complete revamp both on the exterior and on the interior. All LED headlights and taillights, big chrome grille at the front, LED fog lamps, R16 inch alloy wheels will be offered on the top-spec trims. Taking the centre stage in the interior will be an 8.0-inch touchscreen offering both Android Auto and Apple Car Play. We might not get to see the all touch-enabled AC control panel which is one of the USPs of the current City. More features include automatic climate control, steering mounted controls, engine start/stop button, cruise control, electric sunroof, rear parking camera and auto LED headlamps.

Hyundai Verna is on a little conventional side. The overall looks are intact and new pair of LED headlights and taillights have been offered on the facelifted model, top-spec variants will also get diamond cut R16 alloy wheels. Interiors will get an all-digital instrument cluster, 8.0-inch touchscreen with Bluelink, Android Auto and Apple Car Play, Auto AC, electric sunroof, cruise control, steering mounted controls, ventilated seats, wireless charging among many other features.

As the Government has announced an all India lockdown and mere all the manufacturers have halted their operations. It is really tough to presume the launch timeline of either of the cars. Hence we would like to hush on this note and you are free to guess the prices of both 2020 Honda City and Hyundai Verna Facelift. Tell us your estimations in the comments below! 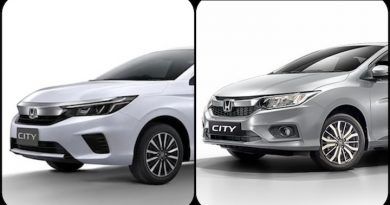 2020 Honda City – How Is It Different From The Current City? 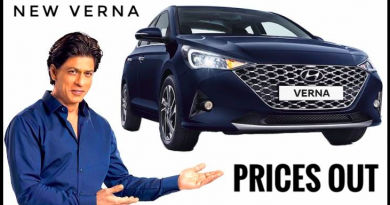 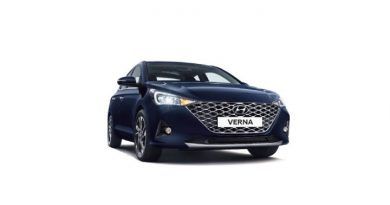