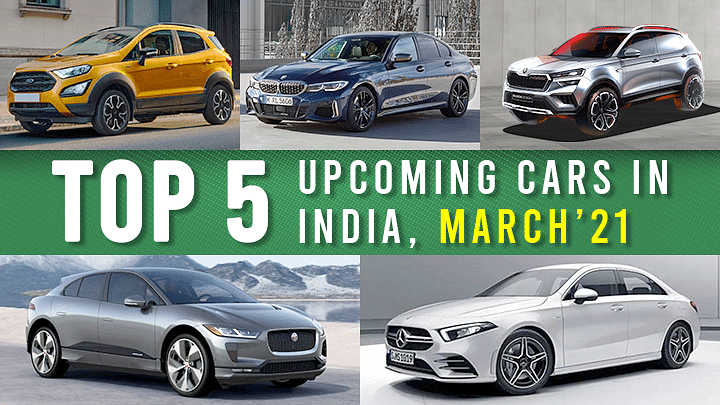 The year 2021 has remained action-packed for the automotive industry so far. In the past two months, i.e. in January and February, we witnessed the launch of a host of new cars ranging from small ones to big muscular SUVs and the same can be expected for the month of March too. So, today in this article, we will be sharing with you all a detailed listicle that lists the Top Five Upcoming Cars in India in the month of March 2021.

Upcoming Cars in India in March 2021:

The upcoming new Skoda Kushaq will be the first major launch from Skoda under its India 2.0 Project. The Skoda Kushaq will make its World Premiere in India on March 18, 2021. The Kushaq will be offered in India with two turbocharged petrol engine options. The first one will be a BS6 compliant 1.0-litre turbo petrol mill that will churn out 110 PS of power. It will come mated to a 6-speed manual and a 6-speed torque converter automatic transmission. It will also get a 1.5-litre turbo petrol engine that will churn out 150 PS of maximum power. This mill will come mated to a 6-speed manual gearbox and a 7-speed DSG (direct-shift gearbox). The new Skoda Kushaq will be launched in the second quarter of this year and is expected to be priced between Rs. 10.49 lakhs - Rs. 16 lakhs, Ex-showroom Delhi.

BMW India will soon launch the new top-spec BMW M340i in the country. This is the top-spec version of the 3 Series family and it will be launched in the Indian market on March 10, 2021. Talking about its engine specs, so the upcoming new BMW M340i will be powered by a BS6 compliant 3.0-litre six-cylinder twin-turbo petrol engine that will churn out 387 PS of power and 500 Nm of peak torque. The engine will come mated to an 8-speed AT and the power will be sent to all four wheels via BMW's xDrive all-wheel-drive system. Also, this will be the first M Performance model to be locally assembled in India. The new BMW M340i is expected to be priced around Rs. 65 lakhs, Ex-showroom Delhi.

Jaguar I-PACE electric SUV has been listed on the company's official website and it will be launched on March 23, 2021. The I-PACE will be powered by two electric motors that will churn out around 400 PS of power and 696 Nm of peak torque. The top speed of the EV is limited to 200 kmph. It will be paired with a 90kWh lithium-ion battery pack that will deliver a range of over 470 kilometres on a single charge. It can be charged from 0-80 per cent in just 40 minutes with the help of a 100 kW DC fast charger. The upcoming Jaguar I-PACE is expected to be priced from Rs. 1 Crore, Ex-showroom Delhi.

So, these were the Top Five Upcoming BS6 Cars in India in the month of March 2021. Now, among this aforementioned list of five cars, which one excites you the most and will be your personal pick? Do feel free to share with all of us in the comments below. You can also join our 91Wheels Auto Enthusiast Telegram group (click via mobile to join) curated exclusively for the fans, enthusiasts and owners. Further, also subscribe to our YouTube channel for more such amazing motoring updates. 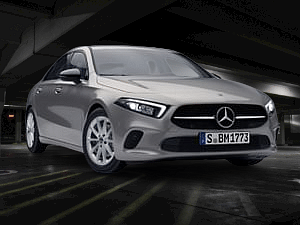