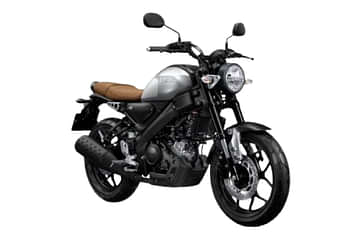 XSR155 is a Sports Naked bike from Yamaha. Yamaha XSR155 is expected to be launched at a price of Rs. ₹ 1.50 Lakh in Indian automobile market.

The design of the Yamaha XSR155 remains one of the most attractive and unique globally. The retro theme styling has been well mixed with modern hardware. The retro looks of the Yamaha XSR155 are inspired by modern retro bikes. The Yamaha XSR155 is a cool mixture between the latest technology, performance, and retro elements. Yamaha has equipped the Yamaha XSR155 with a round LED headlight and round LED taillight with LED turn indicators as well. The seat is a single piece and offers good cushioning to the rider. On the feature front, the Yamaha XSR155 offers a digital instrument panel with Bluetooth connectivity and dual-channel ABS as well.

The Yamaha XSR155 comes with the same engine as offered on the Yamaha R15 V4 sports bike. Although, the engine tuning is done differently and the gear ratios are also altered to make the motorcycle more responsive on the low-end torque rev-band. It is a 155cc, single-cylinder, liquid-cooled engine. The peak power produced is around 18 hp. It comes mated with a 6-speed gearbox. This gearbox is further assisted with a slipper-assist clutch function to make the gear shifts at the redline seamless. The suspension at the front is an upside-down fork setup while the rear end uses a single monoshock suspension for enhanced balance. This engine is well known for its amazing redline performance as well as fuel economy.

Have More Questions about Yamaha XSR155?