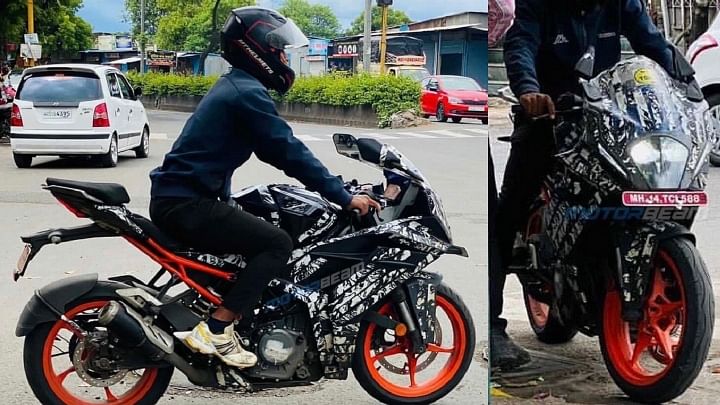 KTM's fully-faired RC Series motorcycles are one of the most popular entry-level supersport bikes in India. The KTM RC series includes the RC 125, RC 200 and the flagship RC 390 in the company's Indian portfolio. The Austrian manufacturer will now soon launch the new-generation models of the RC 200 and the RC 390 in India and ahead of its official launch, the 2021 KTM RC390 has been once again spied on test in India. Let's have a look at it.

The upcoming new-gen version of the KTM RC 390 will get a comprehensive update and is expected to be leaps and bounds better than its predecessor. Talking about its aesthetic appeal, the new-gen RC 390 will be more agile and sharper than the outgoing model. At the front, it will get an all-LED headlamp set-up with LED DRLs that will be flanked by LED turn indicators and it will get a tall visor too. The side profile of the motorcycle looks quite aggressive & it resembles the bigger RC-series bikes. It gets a slim rear-end.

The new-gen 2021 KTM RC 390 will sit on a revised chassis, however, it is expected to get the same engine as before. The KTM RC 390 is currently powered by a BS6 compliant 373.2cc, single-cylinder, liquid-cooled, fuel-injected engine. This motor churns out 43.5 PS of maximum power at 9000 RPM and 36 Nm of peak torque at 7000 RPM. The engine comes mated to a six-speed gearbox. The motorcycle will still get USD forks at the front and a mono-shock absorbed at the rear. For braking duties, it will get disc brakes at either with dual-channel ABS and will sport a host of new features too.

The new-generation KTM RC 390 is expected to be launched in India very soon. It might be launched by the end of this month or in August 2021. At present, the KTM RC 390 retails at Rs. 2.77 lakhs, Ex-showroom Delhi and you can expect the new-gen version to charge a slight premium over the current prices. Its unofficial bookings are also open. Are you excited about its launch? Do feel free to share your opinions with us in the comments section below. You can also join our 91Wheels Auto Enthusiast Telegram group (click via mobile to join) curated exclusively for the fans, enthusiasts and owners. Further, also subscribe to our YouTube channel for more such amazing motoring updates. 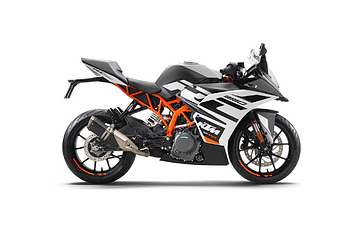