Audi Q2 Vs BMW X1 - Which German Crossover is Worth Your Money? 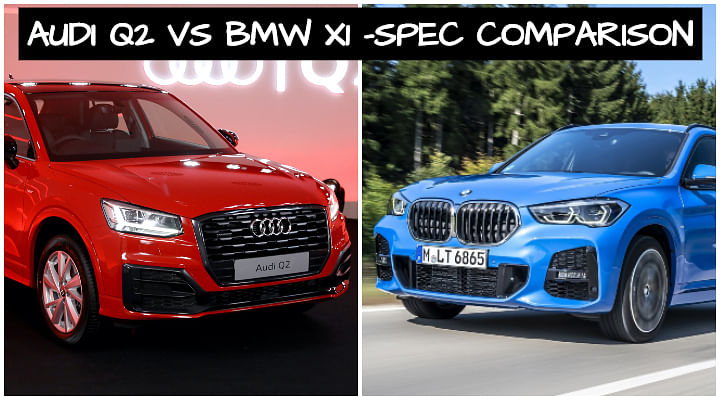 Audi India is on a roll for 2020 with back to back launches of new cars and SUVs. Audi India was all empty last year thanks to BS6 but that can't be said now. The Q2 - Audi India's latest offering is not the one which is recommended straight away as the CBU route attracts huge costs. The Q2 is not even directly comparable with the X1 but the CBU price of it keeps it much more ahead of the X1. Just to clear the air, we have done the spec comparison of the Audi Q2 Vs the BMW X1.

The Audi Q2 is a quirky little crossover - even after over 4 years down the road, it feels very fresh and sporty. We must say that Audi has done a fantastic job in designing the Q2 despite its small footprint. The single-frame grille is perfectly-sized - unlike the case with newer Audis. But one thing which is very apparent is the size - not only it's smaller than the X1 but even smaller than the VW T-Roc. The Q2 lacks the big car appeal and high riding stance one could expect at the price point.

Moving to the BMW X1, it is one sober looking crossover. While its a pity that BMW has dropped xDrive from the X1 in India, it looks great from every angle. The rear profile of the X1 is the most appealing - thanks to LED taillights and twin exhaust pipes. The kidney grille of the X1 is neat and doesn't bombard you with its size whereas the LED DRLs are better on the X1 too. You can judge the road presence of both the cars by looking at the dimensions side by side:

Talking about the Audi Q2, it gets a very old interior layout when compared to newer cars. We get a freestanding infotaiment screen on the top of the dashboard which is not a touchscreen. The rotary MMI controller is placed below on the centre console along with the gear lever. The circular turbine-shaped AC vents are remincent of older Audis.

Talking about the features, we get Audi connect with Android Auto and Apple Car Play, panoramic sunroof, virtual cockpit, ambient lighting with inlays, cruise control, dual zone climate control and a lot more. Audi has skimmped on some places to make the Q2 value-for-money which includes the absence of electric and ventilated seats and rear AC vents. Even the panoramic sunroof is Rs 1.5 lakh extra option.

The BMW X1, on the other hand, feels fresh and modern on the inside. We get BMW' latest touch-based iDrive system which can also be controlled with iDrive controller too. The AC controls are placed lower and the ambient lighting is also on offer. The overall sense of space is also better on the X1 thanks to the lighter shade of interiors.

Audi India may have kept some areas unchecked but the engine and gearbox combo on the Q2 is solid. We get a 2.0-litre TFSI petrol engine which is mated to a dual-clutch automatic gearbox. The engine puts out 190hp and 350 Nm of torque. The car does 0-100 km/h in just 6.5 seconds and how, all thanks to the Quattro all-wheel-drive system. Globally, the Q2 also comes with smaller 1.5-litre petrol and diesel engines but we are done with a solid 2.0-litre 4-pot unit.

Talking about the BMW X1, it lacks a little in this department. Although the X1 comes with both turbo petrol and diesel engine options, none is offered with xDrive. BMW used to offer xDrive with the X1 before but its only front-wheel-drive now. On comparing the petrols, the BMW gets a 2.0-litre turbo petrol which makes 192hp and 280 Nm of torque, mated to a 7-speed dual clutch gearbox. The X1 does 0-100 km/h in a respectable 7.7 seconds - despite having xDrive but it gets launch control.

Coming to the end of the comparison and summing it all, the X1 is a clear winner hands down. As it is the bigger and one-segment upper car when compared to the Q2. It is not really Q2's fault given the biggest downer being the price. If Audi were to sell it by the CKD route, it would shed a couple of lakhs off its price and that's much needed.

The X1 is already a CKD and the absence of xDrive may disappoint some, it is garnering the most sales of its segment to BMW month after month. Given the absurd prices of the Audi Q2 and still missing out on a lot of features, the X1 is a clear winner here. The only possible reason of you going with the Q2 over the X1 is the Quattro system offered with the Q2. 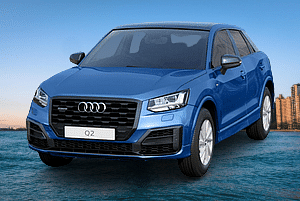