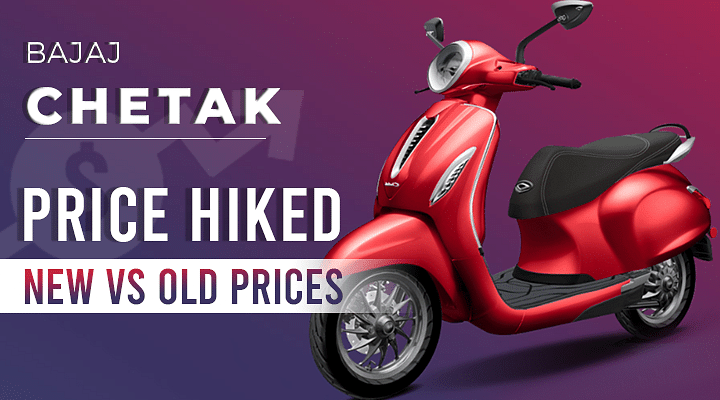 The company launched the Chetak Electric Scooter in India in January 2020. Bajaj Auto was the first mainstream two-wheeler manufacturer in India to launch an electric vehicle. It was launched in India at a starting price of Rs. 1 lakh, Ex-showroom Delhi. Recently, its prices were increased and its price for the base variant was set at Rs. 1.15 lakhs, Ex-showroom Delhi. But now, within a month of its first price hike, the company has increased the prices again and this time by a significant margin. The base Urbane variant of the Chetak now costs Rs. 1.42 lakhs, a whopping Rs. 42,000 more than its launch price and the new price of the Premium variant has not been revealed yet.

Also Read: Bajaj CT 110X Launched in India - Check Out Price and All Other Details

Also, it is worth mentioning that the bookings for the Chetak were closed since September 2020 due to supply chain issues. Now, just 2 days ago, the company opened the pre-bookings for the same but now the pre-bookings have been closed again. The company claims that the entire batch of the EV was sold out in just 2 days, however, the exact number of units has not been revealed. The Chetak is currently sold in only 2 Indian cities, namely Pune and Bengaluru. Bajaj will expand Chetak's footprint in other big cities too.

Also Read: Hero HF 100 Launched - This Is Now The Most Affordable Hero Motorcycle in India

The Bajaj Chetak EV gets a 3 kWh lithium-ion battery. The li-ion battery of the EV comes paired with an electric motor that churns out 6 PS of power and 16 Nm of peak torque. It gets two riding modes too. They are Eco and Sport. The Chetak can run up to 95 kilometres on a single charge. What are your thoughts on its new pricing? Do feel free to share with all of us in the comments section below. You can also join our 91Wheels Auto Enthusiast Telegram group (click via mobile to join) curated exclusively for the fans, enthusiasts and owners. Further, subscribe to our YouTube channel for more such amazing motoring updates. 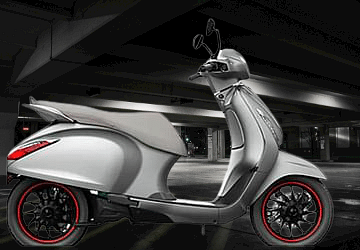