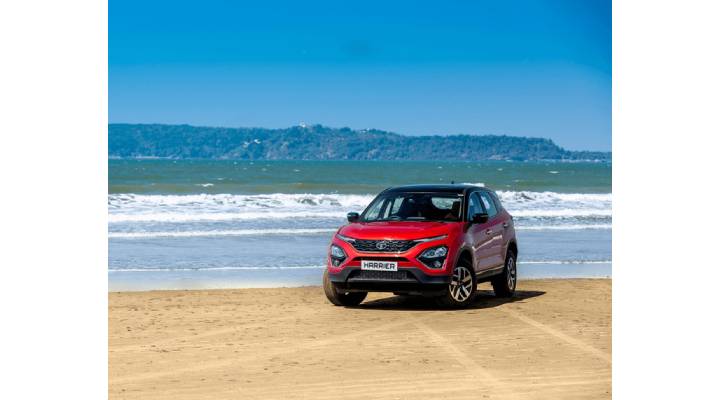 We have all been going gaga when Tata Motors showcased us the BS6 compliant Harrier and its longer version Gravitas at the 2020 Auto Expo. The much needed automatic gearbox and a panoramic sunroof clearly portrayed a strong point for the Indian carmaker.

However, the availability of a sole diesel engine pulled away some of the potential buyers. Well, not anymore as there is a piece of confirmed news that Tata is working on a petrol powered Harrier and it will be launched soon in the market.

The petrol engine will be a four-cylinder version of the current 1.2L turbo engine that is used in the Nexon. Tata Harrier petrol is expected to churn more than 150 bhp on tap. With the petrol engine, Tata plans on widening the sales experience of the SUV.

As for the transmission is concerned then a six-speed manual will be on offer and we can expect a DCT gearbox in coming months. Also, the petrol engine can make its way onto the Gravitas too which takes on the likes of MG Hector Plus.

Also, like the diesel engine, the petrol will also come with several drive modes and paddle shifters too. We can also expect a Sports mode for the maximum power output. It shall be noted that with the petrol-powered SUV, the biggest challenge for the Indian carmaker will be the fuel efficiency.

Harrier's closest competition that is taking the market by storm is the MG Hector followed by the dear old Jeep Compass. And needless to say, both the cars are available with a petrol engine. The Hector comes with two petrol engines, a 1.5L turbo and a 1.5L hybrid unit.

And Jeep uses a smaller 1.4L unit but is big on power as it punches out 163 bhp with 250 Nm of peak torque. MG Hector sticks to 143 bhp with 250 Nm of torque. And that is why we are expecting that Tata Motors will churn out more than 150 bhp on tap and bring on technologies which will also improve the fuel efficiency.