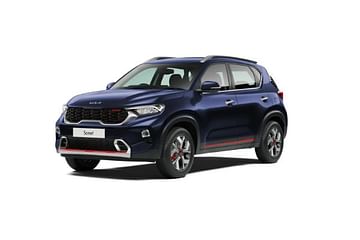 The Kia Sonet is one of the most popular sub-four-meter SUVs on the market in India. The Sonet is now available with three engine options: a 1.2-liter NA petrol engine, a 1.0-liter turbo petrol engine, and a 1.5-liter diesel engine. With the growing demand for CNG vehicles, manufacturers are preparing to launch new CNG models on the market. The Kia Sonet CNG will help the brand in increasing SUV sales in India.

Kia Sonet CNG: What do we know so far?

The Kia Sonet CNG has been spotted on the road, and spy photographs suggest that the car will be equipped with a 1.0-liter T-GDI engine rather than the regular 1.2-liter NA petrol engine. It is safe to assume that Kia will offer a CNG vehicle with a turbocharged petrol engine. This engine produces 118 bhp of power and 172 Nm of peak torque in its normal configuration. This engine is likely to be available with a 6-speed manual or an iMT gearbox in the CNG version.

The design and dimensions of the Kia Sonet CNG will stay unchanged. The exterior design and characteristics are likely to be similar to those of the current model. The compact SUV's interior will also be identical to the present iteration. The Sonet's appearance will remain largely unchanged.

The Kia Sonet is one of India's most feature-packed sub-4-meter SUVs. It has a reliable engine and a slew of safety and convenience features. This is Kia's entry-level product in India, and it has performed very well in a short period.

The brand has kept a tight lip about the Sonet CNG's launch or pricing, but we expect it to cost roughly Rs 70-90 thousand more than the normal model.

Have a question in your mind about KIA Sonet CNG?