Dhoom Again - 2021 Suzuki Hayabusa Launched in India; Check Out Price and Other Details 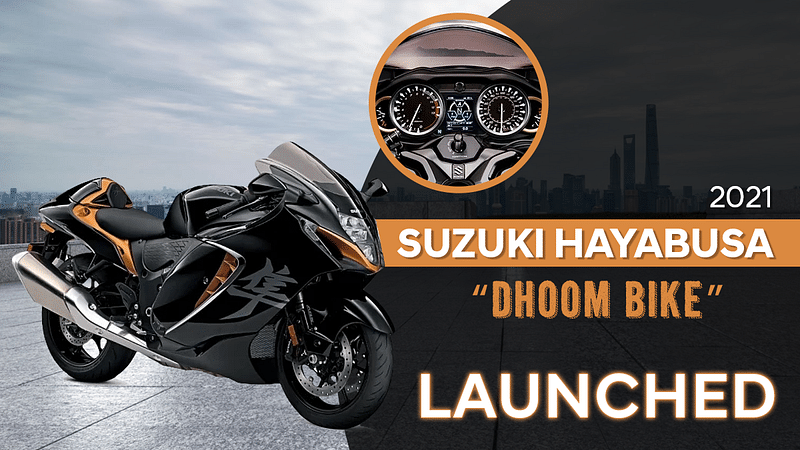 Suzuki Hayabusa is an Iconic Motorcycle, not just in Indian Motorcycling History, but all over the world. The first-generation Hayabusa was launched in the year 1999 and it was an instant hit. The original Hayabusa was even entitled as the world's fastest production road-legal motorcycle. In 2008, the world got the second-gen Busa and it took the game to another level. Now, it's 2021, just a few months ago, Suzuki unveiled the all-new third-gen Busa and the third-gen Hayabusa has now finally reached the Indian shores too.

Also Read: New Bajaj Pulsar NS 125 BS6 Alternatives - What Else Can You Buy Instead Of The Baby NS?

The new third-gen Suzuki Hayabusa retains its iconic silhouette but it now looks sharper than ever before and gets plenty of modern elements too. For starters, the new-gen Busa gets a sharp headlamp assembly with an all-LED headlamp and LED DRLs. The LED turn indicators flank the headlamp, and it gets a sleek visor, a sharper nose and new re-designed rear-view mirrors. The side profile of the new-gen Busa looks more aerodynamic and the folks at Suzuki have made some ergonomic changes too. At the rear, it gets new rectangular-shaped large exhaust pipes and new LED taillamps.

Globally, the new Suzuki Hayabusa is available in two colour options. But in India, it gets three colour shades. They are Glass Sparkle Black with Candy Burnt Gold, Metallic Matt Sword Silver with Candy Daring Red and Pearl Brilliant White with Metallic Mat Stellar Blue. The new Hayabusa also gets a new instrument cluster. There are large analogue dials on either side with a TFT display in between. The Busa now gets a host of electronics too. If we name a few, so the new-generation Suzuki Hayabusa gets a six-axis IMU, lean-angle sensitive traction control, ABS, launch control, ride modes, anti-wheelie, engine braking settings, cruise control, hill hold control, etc.

Now, if we talk about the heart of the matter, so the new Suzuki Hayabusa gets the same old 1340cc, inline-four-cylinder engine but it now complies with Euro-5 / BS6 emission norms. This liquid-cooled motor now churns out 190 PS of power at 9700 RPM and 150 Nm of peak torque at 7000 RPM. The engine comes mated to a 6-speed manual gearbox. What are your thoughts on the price of the new 2021 Suzuki Hayabusa in India? Do feel free to share your thoughts and opinions with all of us in the comments section below. You can also join our 91Wheels Auto Enthusiast Telegram group (click via mobile to join) curated exclusively for the fans, enthusiasts and owners. Further, subscribe to our YouTube channel for more amazing motoring updates. 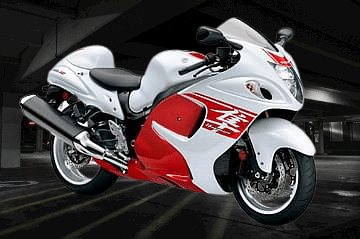