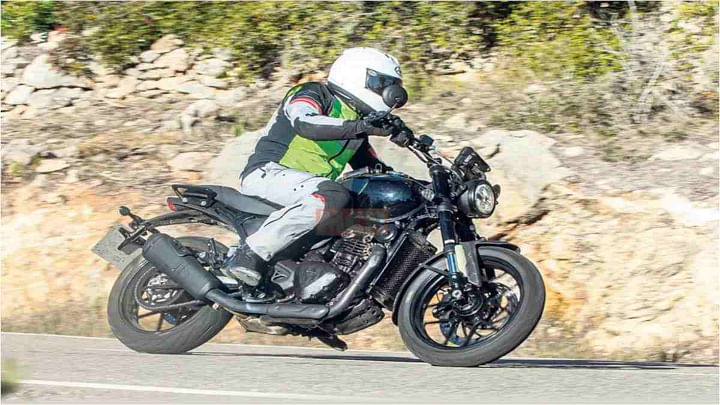 The joint -venture of Bajaj and Triumph has kept enthusiasts well awaited for a long time now. The first-ever prototype of this joint-venture has been spotted testing on roads for the very first time which is set to rivals Royal Enfield Meteor.

Bajaj and Triumph shook hands a long time back; the news stirred the automotive industry and rumors spread overnight about a new series of performance motorcycles being developed together.

Well, the rumors weren't true & after a long time, the first-ever visuals of these motorcycles have surfaced on the internet. A complete new series of entry-level performance motorcycles is near to production ready.

Spotted testing over the road for the very first time, this new motorcycle might be using a 250-300cc single-cylinder motor. Spotted in two avatars; one in scrambler shape & other one in street motorcycle shape these new motorcycles look promising.

Expected to primarily rival Royal Enfield Meteor, these new models look decently equipped with technology as visible in spy shots. Design-wise a typical round headlamp and jelly shaped fuel tank are visible on both the test mules. Overall size seems compact but the design is appealing altogether.

While the street version uses a big radiator indicating the engine to be liquid-cooled, bar-end mirrors along with a large 4-piston single disc brake at the front & rear are visible. Also visible is the use of a steel-tubular frame on the street variant just like the Pulsar 250.

Where the street variant uses a single seat; the scrambler uses a twin-seat setup. Not just that but a probable 19-inch front tyre & a 17-inch rear tyre is visible on the Scrambler. The scrambler test mule is also equipped with upside-down front suspension, knuckle guards & a small windscreen as well. Metzeler Karoo Street tyres will be used on the scrambler model.

The Bajaj and Triumph duo is expected to launch a series of engines through these motorcycles. Ranging from 250cc - to 500cc; these new motorcycles are expected to rival Royal Enfield which enjoys a massive 85% of market share within the segment.

These motorcycles were due for a launch long back but the pandemic situation resulted in an unwanted delay. The good news is that these models seem production-ready and will soon witness an international unveil sometime later this year.

Tell us what you feel about these new motorcycles from Bajaj & Triumph joint-venture by commenting below. Also, do join our WhatsApp group for regular automotive updates. 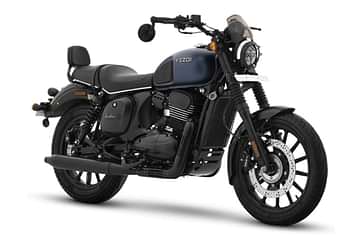 Have More Questions about Yezdi Roadster?