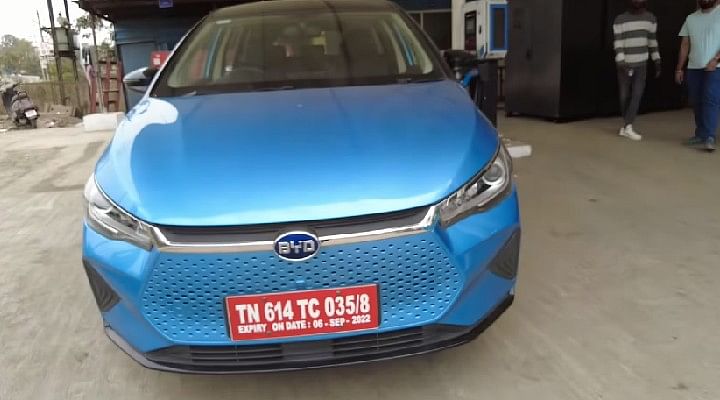 Electric car adoption is accelerating in India, with many individuals considering them as a realistic option for their daily travels. Almost every two- and four-wheeler manufacturer has plans to enter the electric vehicle market. Last year, BYD, a Chinese electric vehicle manufacturer, introduced the BYD E6, a long-range MPV, in India. BYD has been present in the Indian market for several years and offers electric buses.

The BYD E6 is said to have a certified operating range of 520 kilometres, which is significantly longer than other electric four-wheelers available in India. A YouTuber goes by name of Noise Faktory recently tested the range of the E6 electric MPV on a road trip from Mumbai to Goa. Here is the video of the entire range test and road trip.

The main intent of the video is to test the range of the BYD E6 MPV. before beginning the trip, the vloggers fully charged the E6 at a public fast charger, and the car displayed a range of 500 kilometres on the MID. The car had three individuals in it, and their destination was around 430 kilometres away.

The vloggers left for Goa in the evening, claiming to have done this road before with other EVs and taking the route with more charging points. They chose a route with fewer chargers this time and decided to complete the run without stopping to charge the vehicle. After around 50 kilometres, just 10% of the battery is used, and after 100 kilometres, 20% of the battery is utilised.

After completing 210 kilometres, 57% of the battery was still left, indicating a range of 287 kilometres. They arrived in Amboli ghat with a 25% battery and a range of 124 kilometres, while the objective was roughly 70 kilometres away. While driving downward, the battery gained 2% extra juice thanks to the regeneration.

The vloggers arrived at their destination with only 11% of the battery remaining. The BYD E6 still had a driving range of 56 kilometres. The car had driven for a total of 429 kilometres without stopping to charge. A 400-kilometer driving range on a single charge is ideal for an electric vehicle, and the video demonstrated that the BYD E6 can easily reach 500 kilometres on a single charge.

If we talk about the specification, a 71.7 kWh Blade Battery powers the MPV, which has a WLTC range of 520 kilometres. By offering AC and DC fast charging, the E6 electric MPV provides a safe and convenient driving experience, charging from 30% to 80% in 35 minutes.

The BYD E6 electric MPV is currently exclusively offered to B2B business and fleet customers. In cities such as Delhi, Hyderabad, Mumbai, Bengaluru, Hyderabad, Vijayawada, Ahmedabad, Kochi, Chennai, and others, the brand has a strong presence. 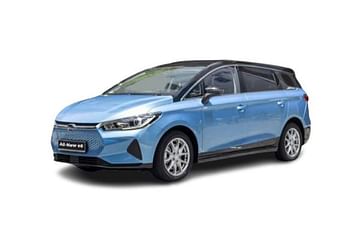