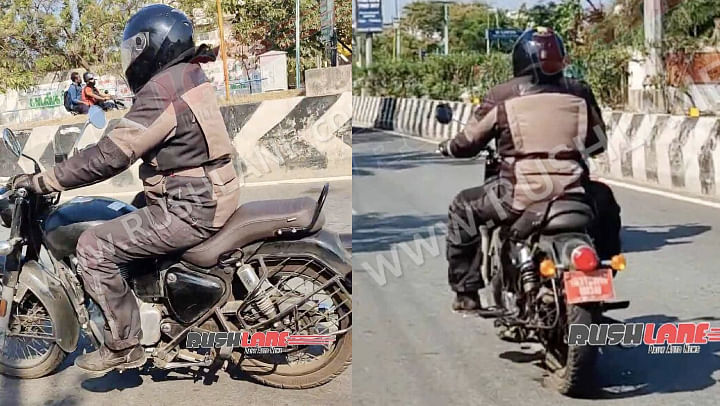 The Royal Enfield 350 is one of the most iconic bikes in the Indian market and is known for its capable engine and the VFM package that it offers to buyers. The bikemaker recently updated most of its offerings in the Indian portfolio and is now all set to introduce the new next-gen 2023 Royal Enfield 350 in the market soon. The bike was recently spied on test for the first time and features a new platform and the new J-Series 350cc motor. Here are all the details that we know so far.

For starters, a number of updates have been made to the bike including a new front fascia. The most notable change comes in the form of a new double-cradle frame that will replace the older single downtube frame. The engine too is new and is also seen in the new Meteor and the new-gen Classic 350. In addition to this, a number of small updates too have been made to give it a fresh and more appealing look.

Other changes include new headlamps and taillamps. What we also see is a new chrome surround at the front for the headlights. The seat too is new and is now a single-piece unit. The design of the seat looks similar to what we get in the new Classic and is expected to offer impressive support and comfort to the riders. The handlebar is now taller and wider while we also see a chrome finish on the rearview mirrors.

This new bike is expected to get the same 349cc single-cylinder, air-cooled J Series motor that we see on other new Royal Enfield bikes. This engine churns out 2-.2 bhp and 27 Nm of peak torque while it comes mated to a 5-speed gearbox. The suspension setup comprises of telescopic forks at the front and twin shock absorbers at the rear. The test mule also reveals that the bike will be getting disc brakes at the front while the rear wheels get standard drum brakes.

What do you think about the upcoming next-gen 2023 Royal Enfield 350? Do let us know in the comments box below. Also, do join our 91Wheels Telegram and 91Wheels Whatsapp group to know more about vehicles, conduct discussions on your favourite ride and much more! Also, you can subscribe to our Youtube channel for video content on the latest from the world of cars and motorcycles. Also, connect with us on Facebook, Instagram, and Twitter for more about vehicles! 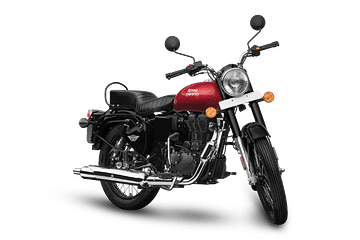