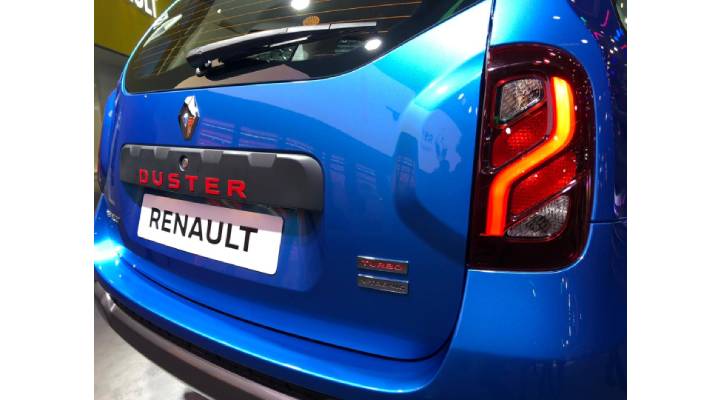 Update: Renault has brought in a second-generation model of the Duster in the Brazilian market. The SUV does not only gets cosmetic changes but it is more powerful under the hood too!

Read more: Updated Renault Duster For Brazil; We Want This in India!

With the new emission norms kicking in, several carmakers have decided to put a hold on diesel vehicles. And Renault is one such manufacturer which will stop the production of diesel vehicles totally. The French carmaker brings in the diesel engine on Duster as of now. And at 2020 Auto Expo, Renault showcased a turbo petrol version of the Duster.

It is being said that Renault Duster will continue with the 1.5L petrol motor along with the introduction of a turbo version. Sharing more details about the 1.3L motor then it churns out a whopping 156 bhp on tap along with a peak torque of 250 Nm. This motor is turbocharged and features direct injection.

If launched in the Indian market then the Duster will be the most powerful mid-size SUV of the lot. It will carry a 6-speed manual and a CVT gearbox. The older 1.5L motor will stick to a manual transmission and will be slated for lower trims only.

The Duster showcased at the 2020 Auto Expo was in a neat blue colour with red inserts at the front grille, fog lamp area and brand badging at the back on the chrome grille. It also receives a new alloy wheel design which makes the car look aesthetically good.

Feature-wise the Duster turbo petrol will receive an automatic climate control, cruise control, 17-inch alloy wheels, push-button start, dual airbags at the front, Antilock Braking System with Electronic Brakeforce Distribution and among others. A larger 8.0-inch infotainment system is also expected to make its way into the Duster.

As far as the prices are concerned then the Duster might see a premium over the current models on sale. Plus the parts of this new model will be imported. Renault will announce the prices for the same post-April 2020.