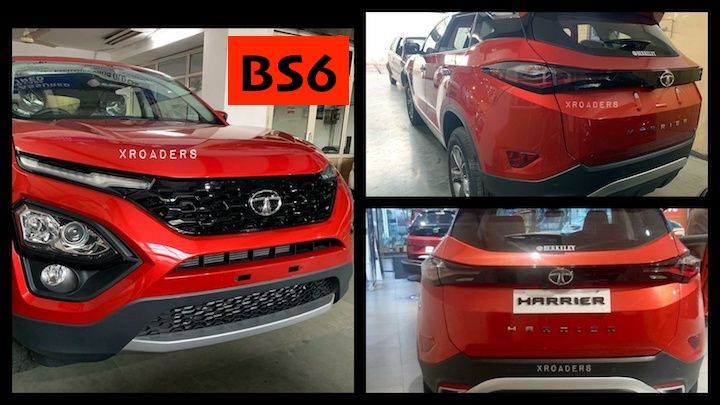 UPDATED on 9th March: More images coming our way from other showrooms across India. This one too is a red Harrier BS6 automatic. Images via AutoRider India Facebook group. Do note that the Tata Harrier BS6 Automatic prices start from Rs 16.25 lakh for the mid-spec XMA version, going all the way to Rs 20.25 lakh for the XZA+ Dark edition. Enjoy the pictures!

Original Post: Tata Harrier, the all-new SUV that was launched in the Indian market last year has already received an update earlier this year. The Tata Harrier now starts at Rs 13.69 lakhs while the top-end version of the car is priced at Rs 18.79 lakhs. The Tata Harrier BS6 versions are now reaching the dealerships and we have pictures from the showroom too. XRoaders have uploaded pictures of this updated SUV from the showrooms and here are the pictures. The deliveries are expected to start very soon. This car was spotted at Tata Berkley in Chandigarh.

The new Tata Harrier BS6 gets the updated 2.0-litre diesel engine that now produces more than the 140 PS of the pre-BS6 version. The new Kryotec170 diesel engine now produces a maximum power of 170 PS and peak torque of 350 Nm. Tata has also added the 6-speed automatic transmission with the new Harrier and many more features too.

The new feature additions on the Tata Harrier BS6 include a panoramic sunroof, 6-way electrically adjustable driver’s seat, automatic dimming IRVM, and dual-tone R17 alloy wheels. The vehicle remains cosmetically identical to the previous version of the Harrier. However, Tata has added a new Calypso Red colour that was spotted in the pictures. The cabin of the new Harrier also remains identical to the previous version of the SUV.

The Harrier will come with a long list of features including dual airbags, ABS and EBD, while the higher versions will also come with six airbags, traction control system, hill start and descent control system.

Tata started accepting the bookings for the new Harrier at a payment of Rs 30,000 in February. The SUV was launched at the 2020 Auto Expo. Tata did not give an exact delivery date but since the vehicles have started arriving at the dealerships, the deliveries will start soon.

The new Tata Harrier will challenge new vehicles in the market including the Kia Seltos and the upcoming Hyundai Creta in the Indian market. Tata will also launch the 7-seater version of the Harrier, which will be known as the Gravitas in the Indian market later this year. 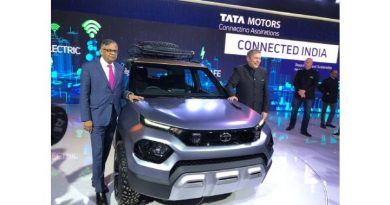 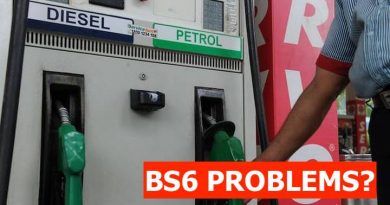 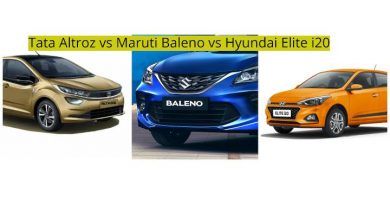