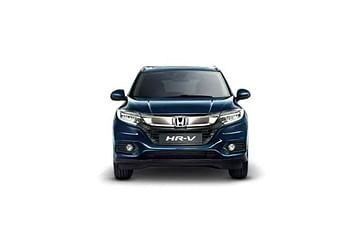 HR-V is a SUV car from Honda. Honda HR-V is expected to be launched at a price of Rs. ₹ 14.00 Lakh in Indian automobile market.

Last Updated On 11th Jun’22: The well-established crossover from Honda has debuted in its newest iteration. The 2023 Honda HR-V SUV has been revealed internationally; creating a buzz of its own. Hosting a new athletic design layout and a new powertrain; the latest iteration is completely improved than the current generation car. Currently introduced only for the US market, the new HR-V is now bigger in size and bolder in design. Although, Honda has still not revealed the exact dimensional details of the new car the overall silhouette is now bigger. The front design now embeds a wider grille, C-shaped wide headlights with an all-LED setup, revised front bumper, and the bonnet lines are also now more muscular.

The 1.5L iVTEC petrol will be the same as the Honda City. In the City, it generates 119 bhp of power with 145 Nm of peak torque while the oil burner belts out 98 bhp of power with 200 Nm of maximum torque. Both the engines are mated to a 6-speed manual transmission as standard and the petrol gets a CVT as an option.

We believe that the upcoming SUV will be priced above the WR-V and the price is expected to sit between Rs 12 lakh to Rs 17 lakh, ex-showroom, Delhi. Once launched, it will rival Hyundai Creta, Kia Seltos, MG Astor, Skoda Kushaq, Mahindra Scorpio and VW Taigun.

Have a question in your mind about Honda HR-V?