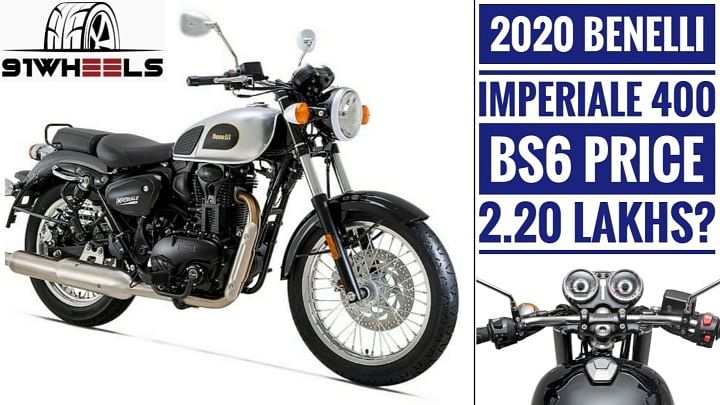 Benelli is a renowned Italian Motorcycle manufacturer known for making high-performance motorcycles at accessible prices. Benelli entered the Indian market in the year 2014 and the DSK-Benelli group enjoyed good success in the domestic market. However, the alliance parted their ways in 2018 and it was in 2019 that Benelli wanted to re-enter the Indian market and thus they came by forming a partnership with Mahavir Group of Hyderabad. The second inning of Benelli has been so far quite good in India and the sports motorcycle manufacturer even launched a retro cruiser, which is by far its most affordable offering in the Indian market. The Imperiale 400 was launched in India last year and now the bikemaker is prepping up to launch the 2020 Benelli Imperiale 400 BS6.

Also Read: How To Get E-Pass During Lockdown In India? Step By Step Procedure Explained!

Benelli has aggressive plans for India 2.0 and the bikemaker launched an array of products in the Indian market in 2019. The current Benelli Motorcycles portfolio include - Imperiale 400, TNT 300, Tornado 302R, TNT 600i, Leoncino 250, Leoncino 500, and Benelli TRK 502 and TRK 502X. Amongst these, the Imperiale 400 is a retro-cruiser and holds the tagline of the cheapest Benelli in India. The Leoncino duo are scrambler motorcycles while the TRK series is for long-distance touring and adventure. The 300cc and the 600cc Benelli's are those motorcycles, making in which this Italian bikemaker truly excels.

The expected asking price for the BS6-compliant Benelli Imperiale 400 seems quite high because the motorcycle already got a fuel-injected system while being BS4-compliant. The 2020 Benelli Imperiale 400 BS6 is very likely to be priced at Rs. 2.20 lakhs, Ex-showroom pan-India. While there is no legit rationale, the reasons cited for the premium price of the motorcycle are due to the BS6 updates and high USD (United States Dollar) currency exchange rates.

Apart from BS6-compliance, the motorcycle won't get any big update except for the fact that it might get some new colours and fresh decals. It will be powered by the same 374cc, single-cylinder, 4-stroke, air-cooled, SOHC engine that produces 21 PS of power at 5500 RPM and 29 Nm of peak torque at 4500 RPM, mated to a 5-speed gearbox. The motorcycle now gets a larger catalytic converter and an O2 sensor for Bharat Stage 6 compliance. 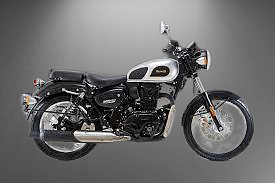