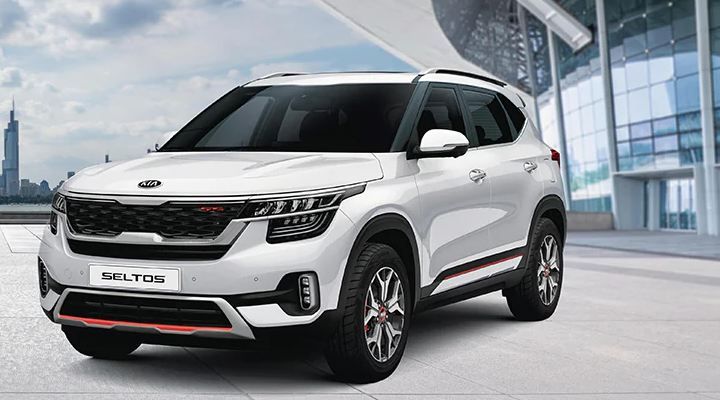 Kia made its debut in the country by bringing in the Seltos and ever since its launch in 2019, the SUV has been eating up the sales of its fellow competition. Jump to 2020, Kia Seltos strikes a hattrick in sales to become the top-selling SUV.

Also Read: The Top 6 Powerful Cars Under Rs 10 Lakh From Sedans To SUVs

Kia Seltos rivals directly with Hyundai Creta and both SUVs share the same platform. However, it is the latter which saw a facelifted version in March and comes in with more features. The Seltos also competes with MG Hector, Tata Harrier, Nissan Kicks and Mahindra XUV500.

Kia has managed to sell close to 7,500 unit in March 2020. And one of the main reasons why the sales are high is because of its pricing. The mid-size SUV sets its price at Rs 9.89 lakh and top-spec fetches till Rs 17.34 lakh, ex-showroom, Delhi.

Also, it offers varied engine options with four different transmissions. The SUV gets a 1.5-litre naturally aspirated petrol motor which churns 115 bhp with 144 Nm of torque, a 1.5L turbo diesel with 250 Nm of peak torque. The most powerful turbo petrol makes 140 bhp on tap and gets 242 Nm of torque.

Transmission for all the engines includes a 6-speed manual gearbox as standard. As far as the automatics then the 1.5L petrol gets an optional IVT gearbox, diesel gets a 6-speed AT and the turbo petrol engine gets a 7-speed DCT unit.

Also Read: Tips On How To Take Care Of Your Car/Bike In This Corona Lockdown

Kia Seltos also gets equipped with features like a large 10.25-inch touchscreen infotainment unit, Apple CarPlay and Android Auto as connectivity features. The SUV also gets UVO Connect which basically lets you control some of the functions via your smartphone.

It remains to be seen whether the Seltos can hold its position in the coming months too. We say it because the Hyundai Creta is back and offers more features. It'll be fun to see how both the SUVs compete against each other once the lockdown ends.