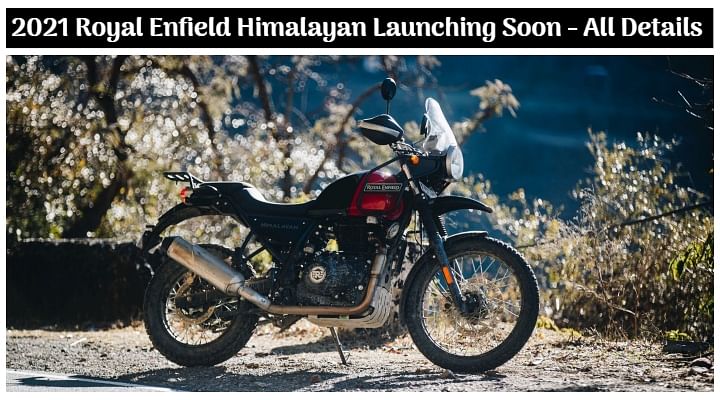 Royal Enfield is an eminent two-wheeler manufacturer not only in the Indian market but also abroad. The company is planning back to back launches for the Indian market. Just a couple of weeks ago, the company launched the all-new Royal Enfield Meteor 350 in the country. But, Royal Enfield is not gonna stop just here and the company is now planning to launch several new motorcycles in the coming months. Just a few days ago, a test mule of the new RE Himalayan was spied on test in India and now as per the latest media reports, it will be launched in the month of January itself. So, today we have listed for you the top five things that you need to know about the new upcoming 2021 Royal Enfield Himalayan BS6.

The Royal Enfield Himalayan has always been a good-looking adventure motorcycle. For 2021, the company will give it a slew of cosmetic overhauls that will most likely make it look more attractive than before. The new RE Himalayan will get new colour schemes, new graphics on the body panels and the frame of the motorcycle around the fuel tank will also sport minor changes. The RE Himalayan BS6 is currently available in a total of six colour options. They are Snow White, Granite Black, Gravel Grey, Lake Blue (new colour), Rock Red (new colour) and adventure junkies favourite Sleet Grey colour shade. Some colour variants of the RE Himalayan get dual-tone type treatment, which further enhances its appeal. With the update, it will now get a new Silver and a new Pine Green colour variant too.

New Features and More Feature-Loaded Than Before

The new Royal Enfield Himalayan will be more feature-loaded than before. The Himalayan currently gets an analogue instrument cluster that shows a ton of information. It displays speedometer, tachometer, odometer, a gear-position indicator, clock, twin trip meters, fuel gauge, temperature gauge, etc. It also gets a compass, hazard light and an improved side stand. While the analogue clusters of the Himalayan will remain the same as before, it will now get Royal Enfield's new Tripper navigation too that first made its debut on the Meteor 350. The new Tripper navigation system is powered by Google and it is compatible with Royal Enfield's mobile application with the help of Bluetooth connectivity. It gets turn-by-turn navigation features, etc.

The new Royal Enfield won't get any mechanical changes as it got a major BS6 upgrade just last year. The Himalayan will continue to be powered by the same BS6-compliant 411cc, single-cylinder, 4-stroke, SOHC, air-cooled, fuel-injected engine. This motor will churn out 24.8 PS of maximum power at 6500 RPM and 32 Nm of peak torque between 4000-4500 RPM. The engine will come mated to a 5-speed constant mesh manual gearbox. The engine of the Royal Enfield Himalayan excels off the road as it has a very good low-end performance. This dual-purpose RE can also comfortably cruise on the road at highway speeds all day long and it delivers decent fuel economy too.

The Royal Enfield Himalayan BS6 very recently got a minor price hike. At present, it is available in only one variant but with multiple colour schemes and its new vs old Ex-showroom Delhi prices are mentioned in the table below:

Now, talking about the launch timeline, so according to the latest media reports, the new 2021 Royal Enfield Himalayan BS6 will be launched in India by the end of this month, i.e. by the end of January 2021. The new RE Himalayan will most likely charge a slight premium over the current model and that's okay as it will be getting some new-age features. What are your thoughts on the new upcoming RE Himalayan? Do feel free to share your thoughts and opinions with all of us in the comments section below. You can also join our 91Wheels Auto Enthusiast Telegram group (click via mobile to join) curated exclusively for the fans, enthusiasts and the owners. Further, subscribe to our YouTube channel for more such amazing motoring updates. 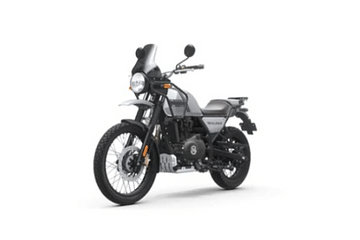