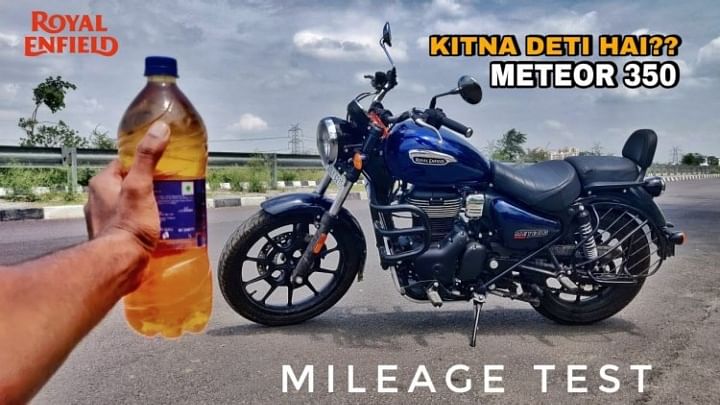 Royal Enfield launched the all-new Meteor 350 BS6 in the Indian market in November 2020 and it became an instant hit. The RE Meteor 350 BS6 is an all-new motorcycle from the company after a very long time and it is leaps and bounds better than its predecessor, the Thunderbird 350X. This RE gets a new chassis, loads of features and a new engine too. So, most of you must be curious to know the fuel efficiency of this motorcycle. In this article, we have shared the mileage details of the new Royal Enfield Meteor 350 BS6.

The above-embedded mileage test video of the Royal Enfield Meteor has been uploaded on the YouTube channel Suraj Verma. In this video, one can see that the video blogger firstly did a trial run to make sure the fuel tank of the motorcycle is completely empty. He then filled one litre of petrol in the fuel tank of the Meteor and started riding it on the empty highways and city roads of Lucknow. The Meteor 350 BS6 finally came to a halt after some time as the petrol poured into its fuel tank was completely consumed by it. The digital trip meter shows that the motorcycle covered 36.8 kilometres. Thus, the Meteor 350 delivered a mileage of 36.8 kmpl which is really good.

The recently launched Royal Enfield Meteor is powered by an all-new J-series engine. It is a newly developed BS6 compliant 349cc, single-cylinder, air-oil-cooled engine that also gets an electronic fuel-injection system. This BS6 motor churns out 20.2 PS of maximum power at 6100 RPM and 27 Nm of peak torque at 4000 RPM. The engine comes mated to a 5-speed manual gearbox. Royal Enfield claims that the engine has a balancer shaft to reduce vibrations to a great extent and the RE Meteor 350's engine is actually much better than than the old RE mill available on the Classic 350 and Bullet 350.

The new 2021 Royal Enfield Meteor 350 BS6 is available in India in three variants. They are Fireball, Stellar and Supernova. These variants of the Meteor 350 are currently priced at Rs 1.85 lakhs, Rs 1.90 lakhs and Rs 1.99 lakhs respectively. All the prices stick to Ex-showroom Delhi. What are your thoughts on the mileage of the Royal Enfield Meteor 350? Do feel free to share your thoughts with all of us in the comments section below. You can also join our 91Wheels Auto Enthusiast Telegram group (click via mobile to join) curated exclusively for the fans, enthusiasts and owners. Further, also subscribe to our YouTube channel for more such amazing motoring updates. 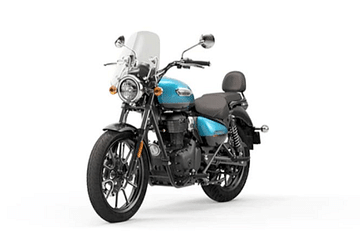