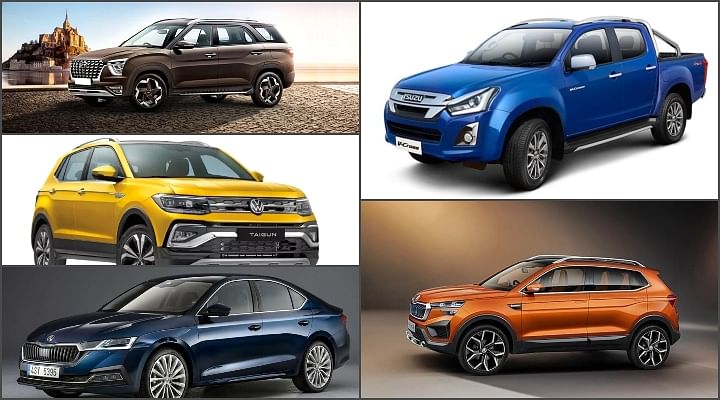 With the lockdown starting again in some states and the COVID cases rapidly increasing in India, several carmakers have decided to shift the launch of their vehicles from their original date. We discuss 5 such upcoming cars that will be launched in the next two months! Check it out

The 7-seater version of the Creta rivalling Tata Safari and MG Hector Plus, Hyundai Alcazar was supposed to be launched on April 29th. Now, with the rapid increase of cases, the carmaker has decided to halt the launch. The Alcazar is expected to launch later in May if the situation improves.

Hyundai Alcazar packs in the longest wheelbase of 2760 mm and offers the largest boot space of 18 litres. It will come with two engine options - a 2.0L naturally aspirated petrol motor making 160 hp with a peak torque of 192 Nm. The other will be the 1.5L turbocharged diesel churning out 115 PS with 250 Nm of peak torque. Both the engines will get a 6-speed manual as standard and an automatic 6-speed torque converter unit.

Earlier, the executive sedan was supposed to be launched in April but Zac Hollis, took to his social media handle to announce the delay because of the rapid increase in COVID cases. The new launch date is not yet confirmed but we expected it to be launched in later May or the first half of June.

When launched, the Octavia will target the buyers of Hyundai Elantra which has been tasting success as the only executive sedan for the past few months. The Octavia will carry a 2.0L TSI motor pumping out 190 hp with 320 Nm of peak torque. A 7-speed DSG will be mated for this engine.

The BS6 version of this pick-up truck is long overdue and reports now suggest that the wait will have to a bit longer till June. Several spy shots revealing the specs and features of the truck have been leaked and the good news is that it will now carry both 4x2 and 4x4 modes upon launch. The former can be for the fanboys who want to own a pickup truck and keep the costs low too. The new V-Cross will get a 1.9L diesel motor which will be available in both manual and automatic transmissions.

One of the most anticipated SUVs, the Kushaq will be launched in June and the deliveries will soon start the month later. Skoda Kushaq will target the buyers o Hyundai Creta and Kia Seltos majorly. Under the hood, it will carry a 1.0L TSI and a more powerful 1.5L TSI motor. Both the engines will get a standard 6-speed manual transmission and for the automatic, the 1.0L TSI will get a 6-speed torque converter and the 1.5L TSI a 7-speed DSG unit.

Both Skoda Kushaq and VW Taigun shares a similar platform, however, they differentiate itself from the looks, features and maybe even dimensions. We can about the latter upon its launch only. We believe the launch will take place in a later part of June to keep up with the sales of Skoda Kushaq. The Taigun shares the same engine options as the Kushaq.

So these are the 5 upcoming cars that are scheduled for launch in the coming two months. Which one are you picking? Do let us know in the comment section. Also, make sure you are a member of our exclusive 91Wheels Telegram group where we bring you all the latest updates related to the Indian Automotive Industry. 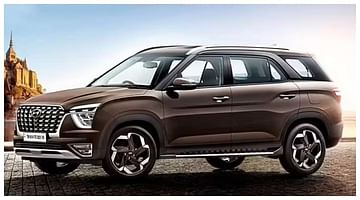