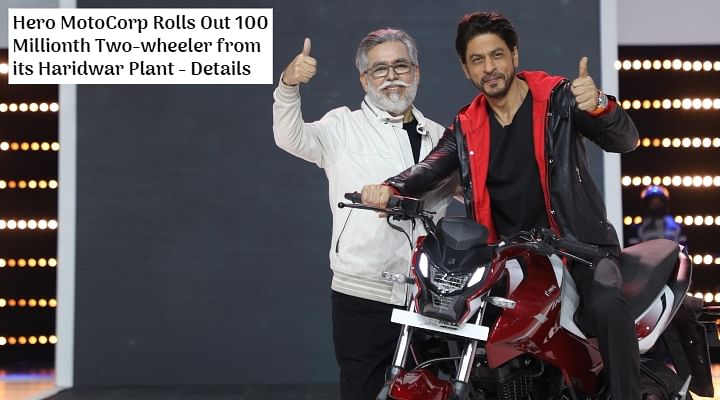 Hero MotoCorp is the largest two-wheeler manufacturer not only in India but in the world. Hero MotoCorp is the world's largest manufacturer of two-wheelers since the past twenty years. The company has a huge portfolio in the Indian market, almost all of which are affordable two-wheelers for the masses. The company also produces the Hero Splendor which is one of the best-selling motorcycles in the world. Now, as you all might already know that Hero MotoCorp (previously Hero Honda) was founded in the year 1984. In 1994, just around ten years later, the company achieved the production milestone of one million two-wheelers. Now, it's 2021 and the company has achieved a great milestone. Hero MotoCorp has rolled out the 100 Millionth two-wheeler from its Haridwar manufacturing facility today and here we have for you all the details about it.

Now, in the above picture, you can see the global movie icon Mr Shah Rukh Khan along with Dr Pawan Munjal - Chairman and CEO, Hero MotoCorp at the unveiling ceremony of Hero MotoCorp's 100 millionth motorcycle. The 100 millionth two-wheeler was the Hero Xtreme 160R and it rolled out from the company's gigantic manufacturing facility in Haridwar which is located in the northern Indian hill state of Uttarakhand. Today, the world's largest manufacturer of motorcycles and scooters has surpassed the significant milestone of 100 Million (10 Crores) units in cumulative production. The achievement of this landmark is one of the fastest global achievements of the 100 million cumulative production mark and it is worth mentioning that the last 50 million units were produced in a span of just seven years. Here, we have a quick timeline of the road to 100 Million:

Also, as we have already mentioned before that this is the 20th consecutive year that Hero MotoCorp has retained the coveted title of the world's largest manufacturer of two-wheelers. Commenting on this very special occasion, Dr Pawan Munjal, Chairman & CEO, Hero MotoCorp said, "Hero MotoCorp has been at the forefront of providing mobility to the aspirations of millions around the world and the achievement of this milestone is the success of evolving engineering, operational excellence and sustainable practices. It is also the success of the holistic ecosystem built on trust and belief that has grown along with this company. Most importantly, this is a celebration of the customers who continue to shower their love and faith on Hero. This significant landmark is also an affirmation of the inherent capabilities in India and Hero's Brand appeal. We have been making in India, for the world - and this milestone is an acknowledgement of the customers' preference for Hero across geographies, demographics and generations."

Dr Munjal even further added, "We are going to continue to ride our growth journey. In keeping with our Vision to 'Be the Future of Mobility,' we will be launching a host of new motorcycles & scooters over the next five years, in addition to expanding our global footprint. We will also continue to invest in R&D and focus on new mobility solutions." To mark the occasion, the company also unveiled six special celebration edition models at this event. The six celebration edition models of Hero MotoCorp include the Splendor Plus, Xtreme 160R, Passion Pro, Glamour, Destini 125 and the Hero Maestro Edge 110. However, they will go on sale from February 2021. So, this was all about the Hero MotoCorp's special achievement. What are your thoughts on it? Do feel free to share your thoughts and opinions with all of us in the comments section below. You can also join our 91Wheels Auto Enthusiast Telegram group (click via mobile to join) curated exclusively for the fans, enthusiasts and the owners. Further, subscribe to our YouTube channel for more such amazing motoring updates. 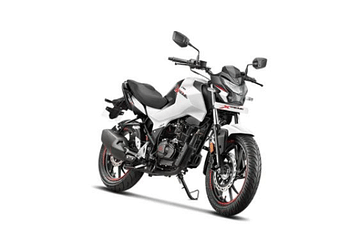