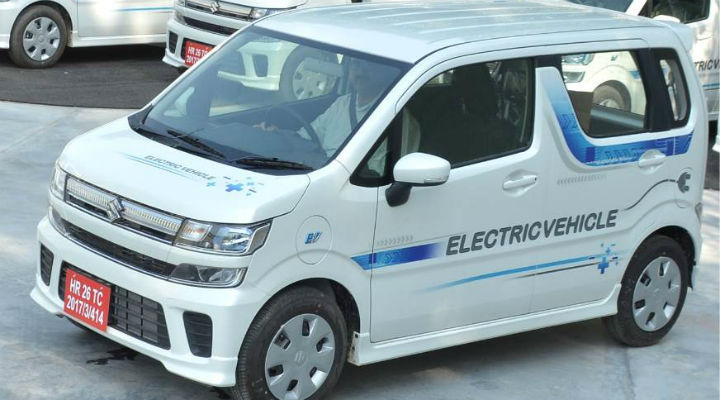 Maruti Suzuki, India's largest carmaker, is currently working on the electric vehicles for the market. While rival brands like Tata and Hyundai have launched their products in the market, Maruti Suzuki will take some more time before they launch the first pure electric product in India. The brand's first-ever all-electric product will be the Maruti WagonR EV, and it will arrive in the market later this year. The manufacturer has trademarked a unique sound that will be available with the WagonR EV.

Details about the sound are not known yet. However, as per the document, it will be similar to the jet aircraft. Many other electric vehicles around the world mimic sound to alert the other motorists and pedestrians on the roads. However, the sound starts only below a certain speed. At lower speeds, electric vehicles do not make any sound. At the higher speeds, a small whining sound is characteristic in most of the electric cars around the world.

The Maruti WagonR EV will become the first electric car from the manufacturer in the Indian market later this year. However, initially, it will be available only for the fleet owners. After that, private car buyers will be able to own the WagonR EV too.

Since the EV charging infrastructure in India is not very developed, manufacturers are reluctant to launch the vehicles in the market. There are not many details available on the WagonR EV yet, but it is expected to get a range of at least 200 km on a single charge. The car will also get a fast charging option which will allow the vehicle to get charged up to 80% in just 40 minutes. It will look similar to the latest-generation WagonR available in the Indian market.