Nissan NIO Subscription Plans - All You Need To Know 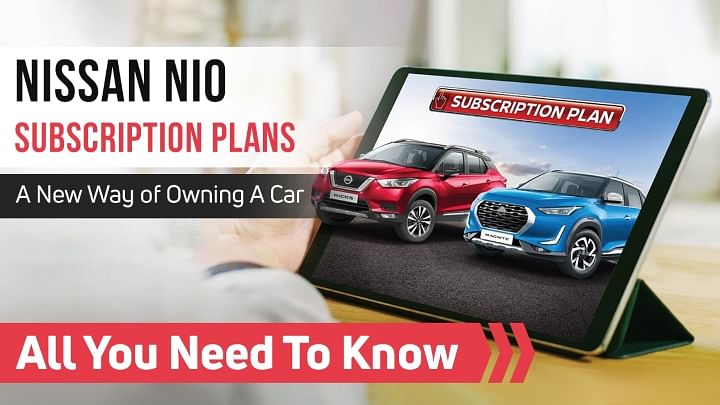 Buying a car on a subscription is not a very common practice in the Indian market but still, carmakers have increasingly started bringing in subscription plans to lure consumers. Among the latest to join the fray is Nissan-Datsun, which has brought in some lucrative schemes to establish a stronger foothold in the market. Dubbed NIO Subscription Plans, the branding is simply an abbreviation for 'Nissan Intelligent Ownership'. But what makes Nissan NIO Subscription Plans an 'intelligent' choice? Well, let's try to understand just that -

In this plan, both Nissan and Datsun have joined hands with Orix for offering car subscription plans. Through this, the carmaker targets the young buyers who plan to own a variety of cars but without being tied down to them for a long term basis and also avoiding the hassle of updating the pollution, RTO, insurance and among several other things.

As of now, you get Redi-GO from Datsun while Nissan offers this plan on both its SUVs - Magnite and Kicks. All these are popular vehicles from the carmaker and give the subscribers a sense of owning a world-class car, albeit, in an easier manner. Currently, this subscription-based service can be availed in three major cities - Delhi-NCR, Hyderabad and Chennai. In future, the carmaker plans to extend the service to Bengaluru, Mumbai and Pune.

One of the highlights of the NIO Subscription Plan is that you can drive home a car without having to make any sort of downpayment. You simply have to choose the duration of your plan - 24 months, 36 months or 48 months. Here, the insurance of the vehicle, road tax, registration, PUC and even periodic maintenance is something you won't need to spend on. Furthermore, you will be driving a car with black-on-white registration plates just like you would in a private buyer.

Additionally, ORIX is also ensuring that the subscribers get road side assistance, battery replacement if there's any issue, cost of all the paperwork involved in the process and even free tyre replacement in case of a manufacturing defect. Given below are the prices of various subscription plans the carmaker offers under its new initiative-

The Datsun Redi-GO is offered with two engine options - a smaller 0.8L unit and a more powerful 1.0L unit. The former generates as much as 54 bhp with a peak torque of 72 Nm while the 1.0L makes 67bhp/91Nm. Both the engines get mated to a 5-speed stick shift as standard while the 1.0L also gets equipped to an optional AMT unit. The Redi-GO takes on the likes of Renault Kwid and Maruti Alto 800.

Also Read: Hyundai Creta N Line Is The One To Set Your Eyes On!

The Nissan Magnite is available with two engine options - a 1.0L naturally aspirated unit and a more powerful 1.0L turbocharged unit. The former pumps out 71 bhp with 96 Nm of peak torque while the turbo unit churns out 99 bhp with 160 Nm of peak torque. Both the engines are mated to a 5-speed manual gearbox but the 1.0L turbo also gets an optional CVT unit. In CVT, the torque figures gets limited to 152 Nm. The Magnite is a direct rival of hot-sellers like the Maruti Vitara Brezza, and has been fairly quick with establishing itself well in the market.

Nissan Kicks rivals Renault Duster, Kia Seltos, Hyundai Creta and Skoda Kushaq. The SUV is available with two engine options - 1.5-litre naturally-aspirated petrol and 1.3-litre turbocharged petrol. The former churns out a maximum power of 105 bhp at 5600 RPM and a peak torque of 142 Nm at 4000 RPM. This engine is mated to a 5-speed manual gearbox.

Meanwhile, the 1.3L turbo petrol is the most powerful engine in the segment as it generates 154 bhp at 5500 RPM with a peak torque of 254 Nm at 1600 RPM. A 6-speed manual comes as standard while the carmaker also offers a X-tronic CVT unit.

What Happens at the End of Nissan NIO Subscription Plans?

This subscription plan allows one to pick any of the above three vehicles for a span of 2 years, 3 years or 4 years. The popular Nissan Magnite starts from as low as Rs 17,999 with the AMC. However, in case you wonder what would happen at the end of the subscription period, well, you do get a chance to become the rightful owner of the vehicle by purchasing it from the original owner. The price at which the car will be sold is decided by Orix on the basis of tenure, usage & market value.

So how do you like the Nissan NIO Subscription plans? Do tell us in the comments section below and do you think they should expand to more cities with these lucrative prices? Also, make sure you are a member of our 91Wheels Whatsapp group where we bring you all the latest details related to the Indian Automotive Industry. 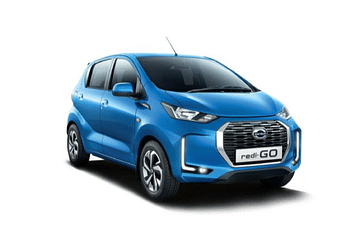